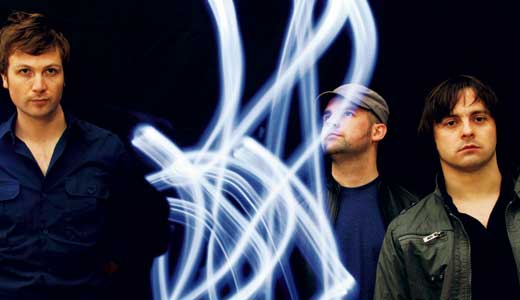 Bell X1 returns to Louisville for an acoustic set at Zanzabar. The band is giving away an EP for free via its Reverb Nation site.Photo: Jan Von Holleben

Tech N9ne has top billing at Headliners Tuesday, Oct. 19, but E-40 might steal the show. After seeing a talent contest as a student at Grambling State University in Louisiana, the Vallejo, Calif., rapper, born Earl Stevens, dove head first into rap and went on to release 10 albums and sell hundreds of thousands of them on his own label, Sick Wid It Records, before signing to Jive, along with hosting his own show on San Francisco station KMEL. He’s appeared on “The Jamie Foxx Show”; dude has his own energy drink, 40 Water. He kept it local for many years, electing to work exclusively with Bay Area MCs until branching out and appearing on albums by the likes of The Game and Li’l Jon. Krizz Kaliko, Kutt Calhoun, Big Scoob, Jay Rock, Glasses Malone and Bukshot round out Tuesday’s bill. Doors open at 7 p.m., and tickets are $28.

Shell game
Douglas McCombs joins David Daniell on his current tour, which arrives Thursday, Oct. 14. Daniell, a guitarist and composer, leads the ensembles for Rhys Chatham, who headlined Boomslang in September. Tim Barnes and Zak Riles join the all-ages bill at Skull Alley (1017 E. Broadway; $6, 8 p.m.). McCombs is the bassist and guitarist for instrumental titans Tortoise; Riles spends the occasional gig with Grails; Barnes, a drummer and percussion player, has sat in with Silver Jews, Howling Hex and last year’s reunion of The For Carnation.

Bell unplugged
Waterfront Wednesday alums and Irish pop phenoms BellX1 leave the distortion behind them for their Oct. 15 return to Louisville at Zanzabar (2100 S. Preston St.; $12, 8 p.m.). This trip, they’re giving away an EP at www.reverbnation.com/bellx1. In tow is fellow countryman James Vincent McMorrow, debuting material from his self-produced Early In The Morning.

Back Door Benefit
Mickey Clark headlines a concert beginning at 6 p.m. at The Back Door (1250 Bardstown Road, 451-0659) with Ed Hysinger, and Tom Browning and R.D. Miller of The Merry Pranksters. All money from food sales go to benefit the American Diabetes Association.

Music Cast
Russ Pollard of Everest (www.everestband.com) joins us by phone from the group’s current tour in support of its new album, On Approach. The band stops Thursday, Oct. 14, at Headliners Music Hall opening for Grace Potter & the Nocturnals. Listen at Bluegrass Catastrophe, bluecat.leoweekly.com.