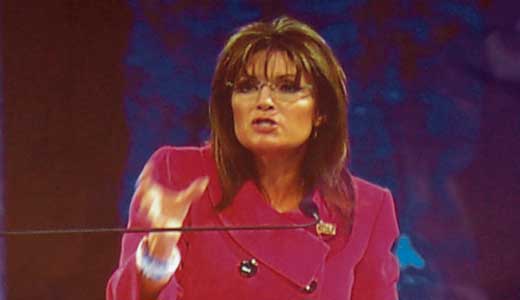 The overhead lights in the hanger-sized conference hall suddenly were switched off, replaced in an instant by strategically aimed, colored concert gels that bathed the stage and its inhabitants — a gospel quartet dressed in “Dynasty”-era fashion — in a phosphorescent glow. Among the quartet was a blonde woman wearing a faux-gold, flame-retardant jacket, clutching a microphone and belting out high notes. Her face was puffy from either admiration of a higher power, Botox, or perhaps a combination of the two, and whenever she finished screaming, the white-haired audience clapped and shouted “Amen.”

Welcome to the National Quartet Convention (NQC), held on the grounds of the Kentucky Fair and Exposition Center every year since 1993. In layman’s terms, it’s where you can buy funnel cakes and hot dogs and listen to the musical word of God in a climate-controlled indoor setting with convenient access to nearby interstates and hotels. Since its founding in Memphis, Tenn., in 1957, the NQC has drawn primarily white conservative septuagenarians to celebrate the musical invention of the gospel “quartet,” which, roughly speaking, is to gospel what turntables are to hip-hop.

Boasting approximately 500 booths featuring an array of Christian music artists, vendors and other assorted merchandise-hawkers, the convention is a great place to spend a lot of money, too: A full week’s worth of concerts costs $210, and at least another $100 can be tacked on for various media-related purchases and charitable donations, plus another $100-$200 for lodging and food expenses. With an estimated 40,000 in annual attendance, the numbers work out nicely for the event’s organizers and whomever they’re paying to perform, as revenue grosses in the millions of dollars.

This year’s NQC — held Sept. 12-18 — featured former Alaska governor and Republican vice-presidential nominee Sarah Palin, who delivered the keynote address last Thursday to a crowd of roughly 10,000 in exchange for an undisclosed sum.

“It is so good to be in Kentucky, in the Bluegrass State!” she barked. “Aren’t you proud to be an American, and don’t you love your freedom?!”

The audience lost its collective shit with that first opening salvo, rising to their feet and slapping their hands together in raucous applause.

Just a few short hours prior to her Mussolini-like reception at the NQC, Palin was the featured speaker at a $2,400-per person fundraiser for Kentucky Republican Senate candidate Rand Paul, held at the Crowne Plaza Hotel just south of the Exposition Center.

“Up close, (Palin) looks like Dolly Parton, but in a bad way,” says Joe Sonka, webmaster of the Kentucky political blog Barefoot & Progressive, who intercepted Palin and her handlers at the Paul fundraiser. “She’s just this tiny little thing with a bunch of caked on make-up and big hair. It was unreal.”

At the NQC, standing at a podium with a backdrop reminiscent of a Sonic Youth concert, Palin stuck to her usual tropes of God, praise for the military, “getting our country back,” and the importance of family.

When asked why a political figure like Sarah Palin should be giving an address to a non-political religious event, NQC Executive Vice President Clarke Beasley tells LEO Weekly that Palin speaks at non-political events all the time.

“Governor Palin has been a keynote speaker at several non-political events, such as the Women of Joy conferences,” Beasley said in a written statement. “At these non-political events, the major topic of her speeches is the importance of her Christian faith and her family in her daily life. This was exactly the topic of her speech at NQC, and it was enthusiastically received.”

Funny thing, though: When Palin spoke to the evangelical women’s group Women of Joy in Louisville this April, she denied any separation between church and state and advocated the rise of “Prayer Warriors,” which are kind of like holy Ghostbusters that freelance journalist Bill Berkowitz describes as “a network … in all 50 states, within the ranks of the U.S. military, and at the far reaches of the globe — all guided by an entire genre of books, texts, videos and other media.”

Not surprisingly, Palin had no trouble mixing piety and politics during her NQC address.

“I am so thrilled with these upsets, these underdog candidates, just in these last primaries,” she said in reference to the recent spate of Tea Party candidates who won unexpected victories against entrenched primary opponents, most notably in Delaware, where anti-masturbation advocate Christine O’Donnell bested nine-time U.S. Rep. Mike Castle for the GOP nomination.

The most interesting and seemingly genuine revelation came when Palin admitted during the speech that she went seven months without telling anyone she was pregnant with her youngest child, Trig, 2, who has Down syndrome. When speaking on the topic of how challenging it would be to raise a child with special needs, Palin offered the following insight: “I honestly didn’t think that I was capable, and I questioned whether God knew what he was doing.

“It’s in moments like these when you realize you’re not in control, but God is in control,” she continued. “I believe that through all those months of pregnancy, what God was telling me was, with a whisper, saying, ‘Are you gonna trust me? Are you gonna walk the walk, or have you just been talkin’ the talk?’”

In April 2009, Palin went further in elaborating on this point, telling the Vanderburgh County, Ill., Right to Life group that she contemplated aborting Trig: “Nobody would ever know. I thought, wow, it is easy. It could be easy to think maybe of trying to change the circumstances … No one would ever know.”

This admission reflects a movement away from her polarizing 2006 rhetoric (e.g., wouldn’t support it even if her daughter was raped) to a more nuanced moderate view, while still advocating adoption as the “most beautiful choice,” aside from keeping the child.

Did the faithful pick up on this perceived shift, which is most likely designed to make Palin more palatable to a national audience in 2012?

None of the people interviewed after her hour-long address and Q&A picked up on it, and instead praised Palin for “being real.”

“I thought she was genuine and sincere,” said David Villers of Dayton, Ohio. “She’s a born-again Christian, and she’s not afraid to talk about her faith. She doesn’t have to wear two faces about it.”

Villers, who was wearing a button-down American flag shirt and who thinks the current government is “headed to a big place with fire,” traveled to the NQC to meet up with relatives who live in West Virginia.

“She’s fiscally responsible and is for limited government,” he said. When asked about charges that she misspent taxpayer money and used $150,000 in National Republican Committee money to buy clothes for her family, Villers’ sister, Shelly, laughed it off.

“They have to attack her for something,” she said. “If God’s behind you, though, then you’re unstoppable.”

But what of Palin’s “enemies”? Does God not support President Obama?

“Put it this way,” Villers said. “Sarah is behind God.”