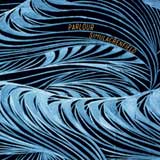 The mutating instrumental ensemble led by guitarist Tim Furnish hasn’t released a new studio album since 2002. The current lineup finds him enlisting Cerebellum cohorts Breck Pipes and Jon Cook on guitars and drums, respectively. Add to the mix Sapat’s Steve Good on bass clarinet, tenor sax player Craig McClurkin, Mac Finley on synth and bassist Nadeem Siddiqi, and it’s anyone’s guess what the surprises will be. On the 2005 EP, Hives Fives, Furnish left behind a more electronically inclined version of Parlour; Simulacrenfield is organic in its continuation. The revolving carousel of Good’s clarinet and Finley’s synth parts on “Destruction Paper” pulls you into the band’s polychromatic world and leaves you stranded. The snaky melodies of “Camus” lead you down an ominous path, while “Jalapenooptics” is an exercise in tension and release. The 10-minute closer “Sea of Bubbly Goo” is not for the unimaginative.