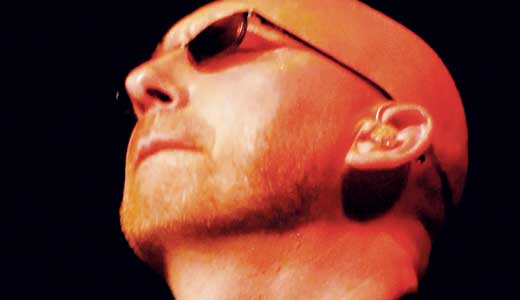 When Corey Smith’s gross income reached $4 million last year, the Jefferson, Ga., songwriter became an object of amazement for industry pros wondering how he did it. It was only seven years ago that Smith was a moonlighting social studies teacher at North Gwinnett High School in Suwanee, an Atlanta suburb.

Smith, 32, is quick to debunk any mythology, saying he thinks people just like his songs.

“A lot of people dwell on process and try to debate the effects of social networking and the effects of encouraging people to share music,” says Smith, who’s on tour with his new album, prophetically titled Keeping Up with the Joneses. “For me, it’s not helpful to dwell on that stuff. It’s only helpful to attribute it to the things that are under my control: the music. Good art is infectious, so I can only hope that maybe I’m making good art.”

Like most of Smith’s catalog, Joneses is a standard slab of everyman rock, in the vein of Dave Matthews Band or perhaps Pete Yorn. Smith bolsters his onstage presence through tireless meet-and-greets, which forge a strong connection with fans. It’s a practice he’s had in place since he was a solo singer-songwriter traveling around Atlanta and Athens, adding staff when necessary.

“I have a similar infrastructure around me that any major label has: I have a manager and an accountant,” he says. “It’s been put in place as the needs required.”

Smith’s dad played guitar in a Southern-rock band, and he sang in the church choir. “I don’t have the personality for celebrity. I’m not the best-looking guy in the world. I was happy making a little extra money playing in bars and writing songs. All these opportunities kept popping up, and I had to choose, because music was taking more and more of my time.”

Smith has been steadily recording for the last six months, compiling 21 songs for a follow-up. “I just kind of turn on artist mode and start paying attention to things differently,” he says. “I still don’t know exactly what it’s going to be.

Gene Simmons resorts to reality-TV vanity play and plastic surgery stunts to secure his rock ’n’ roll lifestyle. Crosby, Stills & Nash age like musicians should: onstage with ghost white hair, singing until they’re in the grave. Harmonious from the jump, they perform at the Palace (625 S. Fourth St., 583-4555) on Saturday, Sept. 11. Tickets range from $59.50-$99.50, but considering their indelible historical impact on folk, that’s a bargain.