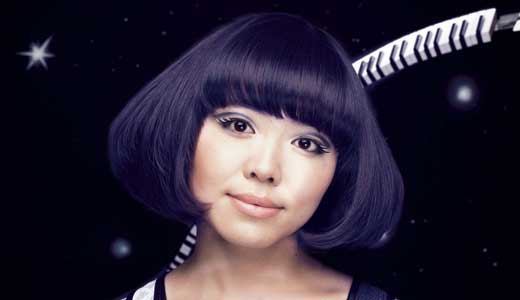 “It’s too deep and too difficult to understand the instrument fully,” Hiromi Uehara says of the piano.Photo: Muga Muyahara

Hiromi Uehara has been playing piano every single day since she was 6 years old, but she still learns something new about the instrument when she touches the keys.

“It’s too deep and too difficult to understand the instrument fully,” says Uehara, who performs Saturday, Sept. 25, at IU Southeast’s Ogle Center (4201 Grant Line Road). “Its long history is such a beautiful poem; it has so much potential to connect to people.”

The jazz composer from Hamamatsu, Japan, who has duetted with Chick Corea and sold out concert halls all over Japan and Europe, is out performing from her album, Place To Be, which was released in January. The record is a sonic travelogue.

“I travel all through the year, and sometimes I wonder where is the place to be,” she says. “Whenever I come to the stage and see people smile, that’s the moment I’m really sure this is the place to be for me.”

Possibly. John King, founder of Louisville Is for Lovers and curator of last month’s Zombie Walk, says that between 5,600 and 6,000 zombies gathered outside near Bearno’s Highlands. King is gunning to have the event listed in the Guinness Book of World Records. “Based on the length of the barricaded area of the event, and the crowd shot averages per square foot, we estimated that 5,400 zombies were present at 9 p.m. for the world record attempt, and that crowd totals were 5,600-6,000+.” Fingers crossed.