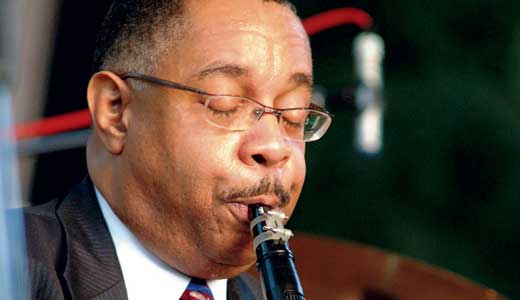 For the fifth anniversary of Hurricane Katrina, clarinetist Michael White is offering a show of gratitude to Louisville, which, in 2005, gave four jazz musicians a place to perform traditional New Orleans jazz. With the BP oil spill dealing yet another cruel uppercut to the Gulf Coast way of life, White’s Saturday, Sept. 4, concert doubles as a fundraiser to repair damage not covered by the British oil company.

“I was thrilled how the citizens and businesses in Kentucky supported and helped these musicians whose livelihood has been taken away by Hurricane Katrina,” says David Lipp, cantor at Adath Jeshurun (2401 Woodbourne Ave., 458?5359), which is hosting the concert. “Now the gulf region is being ruined again, and we need to help.”

The show will feature performances by Gregory Stafford on trumpet, Detroit Brooks on banjo, Mitchell L. Player on the double bass, White on clarinet and Harry Pickens on piano. All proceeds from the show are tax-deductible and go to The Gulf Oil Spill Fund. You can donate via the web at www.adathjeshurun.com/jazz.

The concert will be held in conjunction with Kentucky Homefront and taped for a later broadcast. More info at www.adathjeshurun.com.

Fees
If you’ve been mystified by fees associated with buying concert tickets, you might find it interesting that www.ticketmaster.com is disclosing the exact amount of fees charged per ticket on its website.

A7A
Friday, Sept. 3, marks the release of the new split 7-inch by Another Seven Astronauts and Gallery Singers. A7A is the brainchild of Lucky Pineapple drummer J.C. Denison, who has enlisted pretty much every heavy hitter you can enlist to pull off his multi-layered compositions. Gallery Singers is led by John King, founder and curator of Louisville Is for Lovers. Doors open at 8 p.m. at Glassworks Rooftop (815 W. Market St., 584-4510). The $8 admission includes a copy of the 7-inch.

Music Cast
Kathy Weisbach is the woman behind AM 1650 (www.chradio.net), a low-power station based out of Crescent Hill. We talk to her about the format, her history in radio, and how you can get your music on her station. Listen at Bluegrass Catastrophe, bluecat.leoweekly.com.