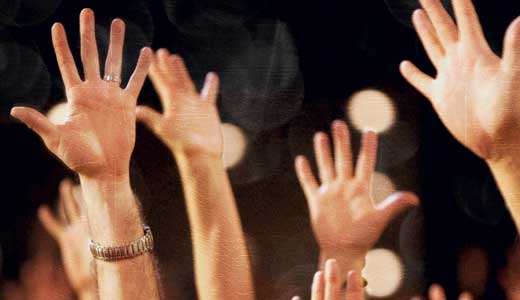 Mark Twain once said if you don’t like Louisville’s current film festival, wait five minutes. OK, maybe that was the weather in Buffalo. But it does seem like a new collection of films pop up somewhere in the city on a weekly basis. This month has already seen the Asian Film Festival, the Kentucky Short Film Showcase and the Manhattan Film Festival. September will close with one of the largest fests, Louisville’s International Festival of Film (LIFF), returning for its sophomore season with 60 films from 10 countries.

Every festival brings something unique to the conversation; LIFF is trying to distinguish itself in a number of ways. One of its aims is to promote film in the state, in part by exposing more of our young people to the industry. Brett Bachmann, the CEO of the Louisville Film Arts Institute, says that 65 students gained production and management experience last year while participating in the festival, a number Bachmann is looking to improve on this year.

The non-profit LIFF has a glitzy, red carpet side, too, spurred perhaps by its co-founder, native Kentuckian Conrad Bachmann, Brett’s father. Bachmann is a veteran actor who can lean on a career’s worth of West Coast connections, having made his TV debut on “The Dobie Gillis Show” more than 40 years ago. Bachmann’s festival issues invitations to star-driven, non-competing films in the hopes of attracting world premieres and celebrity photo-ops.

Last season’s headliner was “The Burning Plain,” directed by Academy Award nominee Guillermo Arriaga (“Babel”). Charlize Theron, Kim Basinger and native Louisvillian Jennifer Lawrence starred in the film. This year, “The Burning Plain” will be succeeded by “The 5th Quarter,” with Aidan Quinn and Andie MacDowell. This inspirational tear-jerker is based on the real life car accident that rocked the Wake Forest football team in 2006. It depicts how a family rebounds after losing a son, and how a grieving brother goes on to rally Wake Forest to their most successful season.

LIFF also showcases smaller indies that might have otherwise been overlooked. These submissions are entered into general competition, where they’ll be viewed by reps from two separate distribution companies: L.A.’s Barnholtz Entertainment and 3DD, from the UK, will be mining the festival for diamonds in the rough.

Despite its international moniker, many films with an in-state provenance are included. “Unrequited” is a feature-length psychological thriller, shot in Kentucky by Nicholasville’s Lucky Day Studios. It stars “Twilight” alum Michael Welch, and was produced by Jeff Day, Tom Lockridge and Louisvillian Gill Holland.

“Kepulihan: Stories from the Tsunami” is a feature-length documentary produced by Presbyterian Church (U.S.A.) in Louisville. The film profiles three lives that were upended by the 2004 storm, and goes on to show how the recovery proceeded after the news camera left.

The short film “I’ll Be Here” represents a sort of homecoming for several members of its crew. Producer Brian J. Crush and co-directors Marc Sloboda and Jay Hurst all have early ties to Louisville, though, ironically, they only met when arriving at Denison University in Ohio.