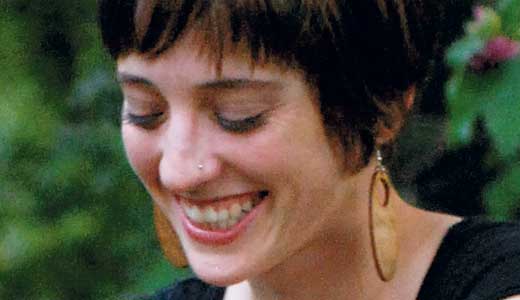 Tamara Dearing calls her latest album, What Animates You, “a pep talk to myself.”

“As a musician, I have a lot of trouble overcoming the fear of what other people think and not worrying about the reaction,” says Dearing, whose record release show happens Saturday on the first floor of the Vernon Club. “My thinking behind it was a theme of what inspires you, what directs you into more of what you want to be instead of what you are.”

Mission accomplished: Animates exudes confidence and levity. By the end of “Don’t Ask the Road” — Don’t ask the road for directions, don’t ask the wind for the time, don’t give me anymore answers, it’s the questions I’m sleeping with at night — Dearing sounds less fearful of what people might say, and ready to tackle the unknown.

Animates has five new numbers and a couple that originally appeared on Louisville Is for Lovers compilations. In comparing the old with the new, Dearing says the difference is her use of beats and percussion. “There was this driving force behind most of the music and the lyrics.”

A massage therapist by day, Dearing’s first instrument was piano, and she constantly disobeyed her teachers when they told her what to play. Up until now, she’s recorded everything herself at home. For the Vernon show, she’s enlisting the backing of Squeeze-bot’s Meg Samples and Mick Sullivan on drums and bass, respectively, Maiden Radio’s Julia Purcell and other surprise guests. Catch Dearing’s in-store show at ear X-tacy (2226 Bardstown Road) earlier the same day, at 2 p.m.