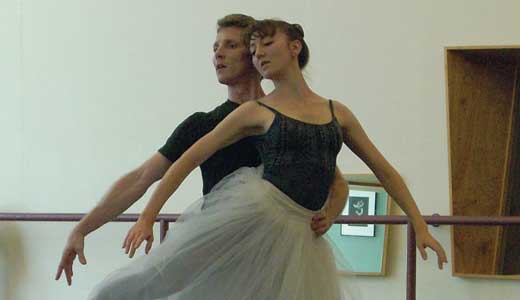 “A person’s body first has to learn to sing in silence.”

That was former ballerina Gelsey Kirkland’s answer when Dance magazine asked her how a dancer could become more musical. She went on to relate the question to one of her famous roles.

“But the extent to which this is done is defined by the character you are portraying. If you are doing a character who is struggling between opposing forces, the movements need more resistance and weight. For example, in Act II of ‘Giselle,’ Giselle is caught between Myrtha, who is trying to pull her into the dark world of the Wilis’ bitterness, and her own need to save Albrecht from destruction. Mastering a binding quality in the transitions between the steps is essential in order to see the struggle, and this becomes a musical challenge as well.”

As Kirkland knew, “Giselle” is a ballerina’s ballet, one of the Romantic era’s expressive triumphs.

It’s a story of “the heart wants what the heart wants.” Giselle is a young peasant maiden who falls in love with a man out of her class. That rarely ends well in Romantic ballets.

Albrecht is a nobleman who is not all that noble. He lusts after Giselle and, unfortunately for her, is not being truthful. He’s hiding the fact that he’s a duke and is engaged to another woman. He’s gone as far as to disguise himself as a peasant to be near her. Inevitably, she finds out the truth about him, then dies from a broken heart.

This is where it gets juicy. Giselle is doomed to become a supernatural creature called a Wilis, one of a group of female spirits who were deceived by their lovers. They rise from their graves each night to seek revenge on men. Their preferred mode of death — dance! Albrecht is sure to be targeted by the Wilis. Just how sweet is revenge?

In the Louisville Ballet production, Natalia Ashikhmina performs Giselle and Kristopher Wojtera is Albreacht. The choreography is by Jules Perrot and Jean Coralli, with the musical score by Adolphe Adam performed by the Louisville Orchestra.

The Ballet has posted a webisode with Ashikhmina and Wojtera discussing “Giselle.” “It’s probably my favorite ballet, classical ballet,” says Ashikhmina. “It’s so simple, it’s so real … it’s life. Everybody has (had) … a broken heart, first love, and they remember how it feels. We all go through this. When you bring that on the stage … people feel so involved in it.”

“It’s very fun to dance,” Wojtera adds. “The first act is light and playful and so fun, and the second act is very dramatic and very deep, I would say. (Ashikhmina has) danced this role many times. This is my first time.”

Because the production falls on Sept. 11, the Louisville Ballet is dedicating “Giselle” to all local military, police, fire and emergency services as well as offering discounted tickets. During that evening’s performance, they will host an on-stage presentation in honor of all who have served. The 113th Army Band also will perform at 7 p.m. in the Kentucky Center lobby.