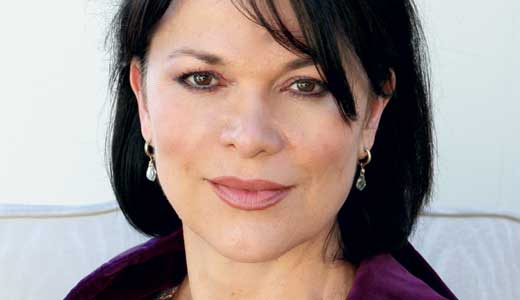 Monique Marvez is a melting pot of Latin cultures — her mother is half-Cuban and half-Puerto Rican, her father Venezuelan — which makes Monique all sass. And it’s probably that sass that got her picked to be included on the “Latin Divas of Comedy” tour and subsequent DVD. For the first time in five years, Monique returns to Louisville and is performing at the Comedy Caravan this weekend.

LEO: What made you want to be a comedian?
Monique Marvez: It was a defense mechanism for me. I’m part of the dinged-up, jacked-up people. I became a comedian because my dad was manic-depressive, and I think kids inherently try to provide what’s missing to the household … so I became a comedian because it was the fastest route. It worked faster than any pill when my dad was in a bad way. It was very powerful. As a little kid, it was intoxicating to have that kinda power over an adult.

LEO: Why do you think Louisville audiences respond to your comedy so well?
MM: Because I think being smack-dab in the middle of the country, they’re emotionally in the same place as me. They’re very centered people, wise people, salt-of-the-earth kind of people. There’s a lot of beauty and culture in Louisville, but it’s a no-nonsense town. It’s a whiskey town. It’s not a town where people sit around sipping light beer for five hours. You have a drink with someone in Louisville … they’re going to have a drink. It’s a cut-to-the-chase, let’s-get-to-it kinda city … and I love that.

LEO: Bourbon on the rocks, right?
MM: Yeah … my people! Louisville’s not given to a lot of excessive fluffiness. I am very much looking forward to it seeing as I haven’t been there in five years.

LEO: You left radio this year. Was that a hard decision?
MM: Radio kind of dulled me a little bit. I was a lot more sharp-witted when I was on the road. So my contract ended in March, and as much as I love the steady gig, and as much as I love the money that comes with the steady gig, it gets to being too much like a job … and I didn’t become a comedian to have a job. Being a comedian is a calling, not a job.

LEO: Did you take any lessons from your time in radio?
MM: Oh, yes. At this moment in time, with the economy being what it is, I think people need to laugh and get back to their roots of why they’re a human being. I think right now, more than ever before, we need to kind of regroup and get back to what makes us happy. I will never believe that stuff makes you happy. Acquiring stuff makes you happy because it’s a challenge. The acquisition of the stuff is sometimes more fun than having the stuff. And I can say that because I’ve done both.

LEO: After three husbands, what have you learned about marriage?
MM: What I’ve learned about marriage is this: Unfortunately, the minute you think you can’t do something, you want to do it more than life itself. So I think the institution of marriage, in some ways, creates a certain level of rebellion in people. It becomes a list of obligations and “Honey-do” lists. Before you know it, you’re on some sort of trajectory where life becomes a series of events you just check off. We have children — check. They get baptized — check. They have birthday parties — check. We have once-a-year vacations — check. I’m not saying that’s wrong. Some people need that level of stability. Some people need to know exactly what’s expected of them. I’m not one of those people.