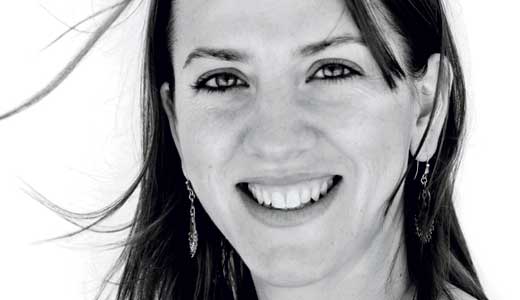 Diet for a Hot Planet: The Climate Crisis at the End of Your Fork and What You Can Do About It

I’m still learning how to eat.

Now, if you’ve seen me, you know I’m not wasting away. I’ve managed to figure out how to bend my elbow with fork in hand repeatedly. It’s just that my consciousness has been raised over the course of a lifetime. I’ve escaped from an early love of fried bologna.

I was a vegetarian for a time when I was younger. It’s an easy fit for me — I naturally gravitate toward fruit, cheese and salads. But I soon realized the devil was calling, luring me back to the dark side with General Tso’s chicken and Reuben sandwiches. The key, it seems, is to eat all things in moderation.

Louisville’s abundance of farmers markets is my latest obsession. Buying produce in season is a thrill, because I know that as I taste that last juicy bite of peach, I will wait with anticipation for summer to come around again.

Plus, farmers markets are good for the planet — you know, that carbon footprint thing. Anna Lappé’s new book, “Diet for a Hot Planet,” drives home the point that what we choose to eat affects global warming. If we’re serious about the climate crisis, says Lappé, we have to talk about food.

Eric Schlosser, author of “Fast Food Nation,” says, “As Anna Lappé reveals in this important book, we must be conscious of what we eat — not only for our own health, but for the health of the planet. When it comes to climate change, junk food may prove even more destructive than SUVs.”

She knows about what she speaks. Lappé has co-authored two other food books, is included in Time magazine’s “Who’s Who,” is a founder of the Small Planet Institute, and is host of MSN’s “The Practical Guide to Healthier Living.”

There are some startling facts in this book. At least 31 percent of the human-caused global-warming effect comes from the system that produces and distributes food (“from seed to plate to landfill”). And 18 percent of that comes from the livestock sector, with 13 percent from the global transportation system.

Lappé suggests changing the world with our forks. Her book includes seven principles for a climate-friendly diet:

• Eat more plants. If you have to have meat and dairy, look for grass-fed.

• Buy local food and support local farmers. “When the term ‘locavore’ became a New Oxford American Dictionary word of the year in 2007, it was a sure sign that the eat-food-close-to-home movement had taken off.”

• Cut down on food waste; if possible, compost.

• Reduce packaging. Her reminder to bring our own reusable bags to the market is her easiest suggestion.

• Do-it-yourself food. Learn to cook and grow you own food.

Lappé will be in town as the keynote speaker for “A Climate for Change” at the 11th annual Healthy Foods, Local Farms Conference on Sept. 24-25 at Spalding University. The convention will feature farmers, authors and educators discussing the relationship between food and the environment.

It starts Friday with a “Harvest Party,” featuring food tastings from local chefs and farmers. The main event is on Saturday. In addition to Lappé, other scheduled food enthusiasts include The Rethinkers, a group of New Orleans middle school students who have researched school food, and a screening of the documentary “Lunch Line,” followed by a panel discussion with the film’s co-directors, Michael Graziano and Ernie Park.

For more information on the conference and instructions on how to register, visit www.healthyfoodslocalfarmsconference.org.