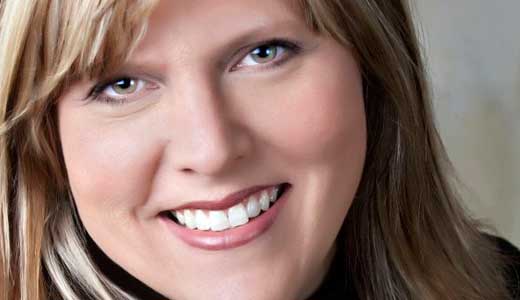 Ironically, the conservative talk show host who proudly grew up a self-described “suburban redneck child,” according to an online bio, was jabbering about the country’s racial progress when she spat out the pejorative.

“America has allowed poor people like Oprah Winfrey to come from nothing and create a billion dollar media enterprise,” she said during the Aug. 4 program. “At the same time, it has allowed a young half-breed man — and I say half-breed not in a derogatory way, it was just the first thing I thought of — to become president.”

Civil rights groups and other offended parties flooded the station with complaints, and some demanded that she be fired. The next day, a somber Connell issued an on-air apology, saying she wasn’t sure why the term tumbled out her mouth.

The management at 84 WHAS called the remark “stupid” but rejected calls to terminate the host, chastising critics for their knee-jerk disapproval.

“I found it very telling that the people who actually listen to Mandy every day and knew that she made a mistake, it was not a big deal to them,” Kelly Carls, director of operations for Clear Channel Louisville, said last week. “Before groups sent out their e-mail blasts, I had a grand total of one complaint…

“We live in an age where people don’t seem to be able to make mistakes anymore. There have to be nefarious motives for every word that comes out of people’s mouths,” he added. “The fact of the matter is, sometimes people say dumb stuff. If you’re on the radio for 15 hours every week, occasionally you’re going to say something you didn’t mean.”

But just as the uproar began to subside, LEO Weekly learned Connell’s “half-breed” comment was the latest in a string of racially charged remarks the right-wing host has made. It turns out Connell’s Twitter page contains a number of questionable messages, including allusions to the Ku Klux Klan, unclear statements of “raccoon gangs” who attended “failing schools,” and the declaration that she doesn’t care if she’s called a racist.

After learning of Connell’s controversial Tweets, the Louisville NAACP met Monday evening to discuss the matter. As a result, the group — in conjunction with the Fairness Campaign — plans to ask station executives to address the comments and take additional measures to stop the race-baiting commentary.

“The consistency of these comments shoots down the argument that it was a one-time mistake. It shows she’s made plenty of mistakes, repeatedly,” says Raoul Cunningham, president of the Louisville NAACP. “We seriously question the validity and sincerity of the original apology since discovering what’s on her Twitter account, which has raised the profile of this even more.”

The civil rights leader says the NAACP and Fairness Campaign will draft a letter to the station by the end of the week. At this point, Cunningham will not elaborate on what the groups plan to demand, but says further action will be taken if WHAS does not respond appropriately.

After LEO broke the story about the questionable online comments last week, Connell took to the airwaves and blasted the coverage. The “half-breed” apology behind her, Connell said we took her Twitter messages out of context.

Connell has failed to respond to requests for comment, and persistent calls to her producer for clarification have not been returned. When asked for a follow-up comment about the Tweets earlier this week, Carls told LEO there would be no further response from the station and then hung up.

In April, 84 WHAS hired Connell to replace the late Francene Cucinello as the weekday morning host leading into the Rush Limbaugh program. Over the past five months, the self-described “recovering dirty foot hippie liberal” has become a popular addition to the station’s conservative daytime lineup.

Not long after taking over the Louisville radio gig — and prior to calling the president a “half-breed” — Connell wrote on her Twitter page that a black president plus tar balls would equal “career ending, inappropriate jokes.” The comment referenced one of Obama’s visits to the gulf coast where he examined a blob of oil that had floated ashore.

While still working for a radio station in Fort Myers, Fla., Connell repeatedly made racially charged jokes on her Twitter page, like this September 2009 Tweet: “Racism accusations have jumped the shark. Is it tacky to wear my white sheet after Labor Day?”

Unlike the recent gaffe, however, those previous online remarks weren’t followed by humble apologies. In many instances, Connell was unapologetic about the comments and unrepentant toward critics.

“I no longer care if someone calls me a racist,” she wrote last August. “Too many have cried ‘racist wolf’ too many times. Screw ’em.”

It seems this latest dustup has prompted Connell to revisit her idle Twitter account, writing on Aug. 10: “Haven’t Tweeted in a bit, but don’t want to disappoint the frothing masses hanging on my every word. Nope, nothing racist to say now. Sorry.”

Despite outrage from the NAACP and the Fairness Campaign, some argue that no matter how inappropriate Connell’s comments were, she has the right to express those views; anything else could be seen as a push for censorship based on political correctness.

Local activist and blogger Ed Springston, who hosts a weekly radio program on WKJK 1080 AM, says while he disagrees with Connell’s language, civil rights groups have gone too far in trying to regulate what people say over the airwaves.

“The First Amendment gives you the right to say what you want. Are words sometimes hurtful? Sure they are, but if people have a problem with what she’s saying they should not listen,” he says. “Connell isn’t being crammed down our throats, and I have the right to not listen to her, and I don’t.”

When asked about the online comments, Springston says he isn’t sure if he believes the Twitter messages were taken out of context. Regardless, when it comes to Connell’s initial on-air remark about President Obama, he says just because it offends somebody doesn’t make it wrong.

In fact, some would argue that such outrageous remarks are par for the course in today’s media landscape.

“Talk radio has a format that is a means to create conversation and, at times, controversy,” says Ed Manassah, executive director of the Institute for Media, Culture and Ethics at Bellarmine University. “It goes with the territory that in order to create interest you have to create some buzz, and sometimes that comes in the form of comments that are not palatable.”

Take, for example, talk radio host Dr. Laura Schlessinger, a nationally syndicated socially conservative commentator who just last week used the word “nigger” during a broadcast with an African-American caller, saying, “Turn on HBO, listen to a black comic, and all you hear is ‘nigger, nigger, nigger.’”

In response to growing opposition and pressure on affiliates around the country to abandon her syndicated radio program, which has 10 million listeners, Schlessinger has since apologized.

“Sometimes well-meaning people misuse language, and then there are other folks who actually do it to incite controversy, and it’s very hard to tell the difference,” Manassah says. “The best that can be done is looking at a case-by-case basis where it becomes the body of work of a person as opposed to one comment.”