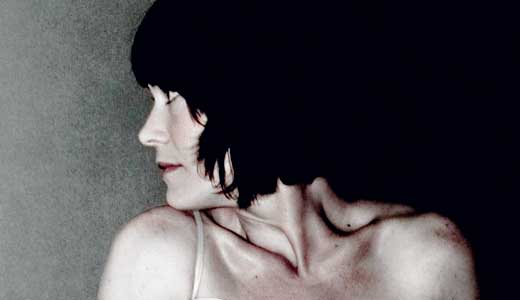 Things learned over two days at Lollapalooza 2010: The British indie pop act XX is too low-key for a festival setting. I revise my previous opinion of Phoenix as glorified kiddie rock: Saturday’s headlining set killed. Lady Gaga talks too much between songs and should downsize her stage show, which travels in 43 semis. At 70, Mavis Staples has more verve and class than most songwriters a third her age. Deer Tick’s hilarious singer, John McCauley, bears a striking resemblance to Oscar from Thomas A. Minor. Oh, and 80-degree weather is glorious.

5,000
The Lafayette, Ind., folk project from Pat McClimans (Metroschifter, Endpoint) and Steve Bucklin (Snorb!) returns to Sunergos (2122 S. Preston St., 634-1243) as part of the coffee shop’s monthly singer-songwriter series. The two travel light, with a Martin D18 acoustic, a Taylor acoustic, Bose PA system and not much else. “I would say there’s a big nod to being acoustic folk singers, and there’s also a big nod toward being improvisational sections,” McClimans says. “The whole focus is trying to bring those two together in a way that’s interesting and accessible. If one of us is singing lead, the other is singing harmony.” Don’t be surprised if you hear a Peter Gabriel cover. Ben Purdom and John Paul Wright round out the bill. Showtime is 7 p.m., and it’s free.

Catherine Feeny
Portland, Ore., songwriter Catherine Feeny didn’t pout after EMI dropped her. Instead, she and her husband hopped in a Mazda 323 and drove 12,000 miles, then settled in the Pacific Northwest, where she wrote her newest, People in the Hole. She’s opened for Dr. John, Suzanne Vega and John Prine, and her music’s appeared on NBC’s “Mercy” and the film “Running With Scissors.” She comes to the Vernon’s Delmont Room Thursday, Aug. 19. Showtime is 8 p.m., cost is $5. Visit www.catherinefeeny.com.

Music Cast
My Morning Jacket’s first drummer, Jeremy Glenn, is now out on his own as a one-man band. He discusses the methods and meanings behind his new album, Long Time No See. Listen at Bluegrass Catastrophe, bluecat.leoweekly.com.