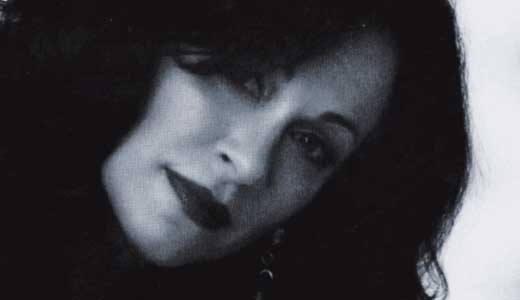 By the time she turned 16, Janiva Magness had lost both parents to suicide. She wound up living on the streets, then entered the foster care system. At 17, she was an unwed mother who gave up her baby for adoption.

Her life pivoted sharply upon seeing Otis Rush at a Minneapolis nightclub. Rush, a left-handed guitarist from Philadelphia, Miss., helped create Westside Chicago blues and recorded for Chess Records. Magness was underage, and wasn’t even supposed to be watching Rush. Then again, maybe she was. “It was as if I was taken hostage by the music in every good way possible,” she says.

With a lifelong interest in California, Magness moved to L.A. to establish her career, and later married songwriter Jeff Turmes (Mavis Staples). She’s recorded nine albums, and on her latest, The Devil is an Angel Too, her love of the classics — she kills on Bricusse & Newley’s classic “I’m Feelin’ Good” — invigorates her world-wise originals. Every creak in her voice has been earned.

In 2009, Magness became the second woman ever to receive the Blues Music Award for B. B. King Entertainer of the Year. The first? Koko Taylor. “That still blows my mind,” she says. “Koko has and always will be an idol of mine. In a career when you’re working as hard as a person has to work, when you start to touch upon people you so deeply admire, it’s really profound and kind of scary.”

Off stage, she’s a national spokeswoman for Casey Family Programs and promotes National Foster Care Month as an ambassador for Foster Care Alumni of America (www.fostercarealumni.org).

Music ’Cast
Singer-songwriter Rebecca Williams recently returned from the Dulcet Darlings tour with Kayla Brown, and she’s heading overseas next year to tackle Europe. We talk to her about the upcoming trek, tour shenanigans and the place she likes to write most. Listen at Bluegrass Catastrophe, bluecat.leoweekly.com.