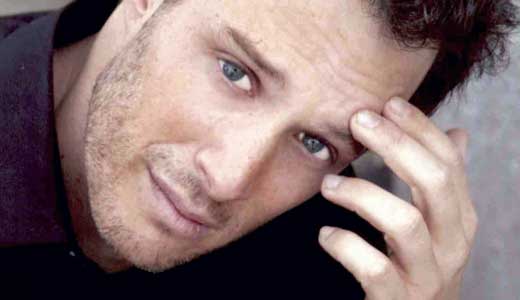 Josh Wolf started his career in Hollywood as a writer on several television shows, including the CBS sitcom “Yes, Dear.” While taking a break from writing, he found himself a part of Chelsea Handler’s vicious circle — the notoriously unforgiving roundtable on her E! show “Chelsea Lately.” As a recurring panelist, his enthusiastic personality and quirky observations instantly made him an audience favorite. He now has his own Internet show for www.ESPN.com (while still regularly appearing on “Chelsea Lately”) called the “College Experiment” where he mocks weekly happenings in college football and basketball. Wolf descends upon The Improv at Fourth Street Live this weekend.

LEO: You used to write for one of my favorite shows of all time, “Yes, Dear.” Why isn’t that show remembered for how good it was?
Josh Wolf: You know what’s funny? I hear that all the time. You either loved that show or don’t remember it was ever on. There’s no in between.

LEO: I don’t know if I remember it being on, I got addicted in reruns.
JW: Generally what happens is … it was really geared toward not just married couples, but it was a show based on relationships, which hit home with a lot of people.

LEO: You Twitter a lot — what draws you to it?
JW: To me, it’s all just the writing. Sometimes I do jokes, but it’s about coming up with something different every day … at least one thing. Also, I love hearing back from people, because a lot of times, people write things back that are funnier than anything I could ever write.

LEO: Why do comics in particular enjoy Twitter so much?
JW: It’s a way to connect. It’s important to connect with people; they wanna feel like they’re part of your little comedy family.

LEO: Speaking of little comedy families, why do you think Chelsea and the comedians of “Chelsea Lately” seem to have struck such a chord in the comedy world?
JW: Because of Chelsea. Look, no show since “The Tonight Show with Carson” has done more for comics. And what she has done is get us up there, not just doing our stand-up, because there’s a disconnect in that. She has us up there just being us, so people who watch the show feel like they know us a little bit. I mean, by this time, if you watch the show, when you see three faces on there, you kinda know those people and know how they’re going to respond to it.

LEO: I’ve talked to a lot of Chelsea’s comics, and the legends of groupies are epic. Being married, how do you keep your nose clean?
JW: Just do the right thing, that’s all. I try to stay with the pack.

LEO: We spoke to Chris Franjola when he came through town last month.
JW: Sorry about that.

LEO: He had some stories about you. Would you care to tell any on him?
JW: See … Franjola’s M.O. is this … he tries to corral as many chicks as he can and then see who’s left at 2 a.m.

LEO: You have the online show for ESPN called “College Experiment” — is that the perfect gig for you splitting your two loves of sports and comedy?
JW: The absolute perfect thing. It’s mixing my favorite kind of comedy, which is ridiculing people a little bit, and sports.

LEO: What would you say if I told you I was a Yankees fan?
JW: I would say this conversation is almost over.