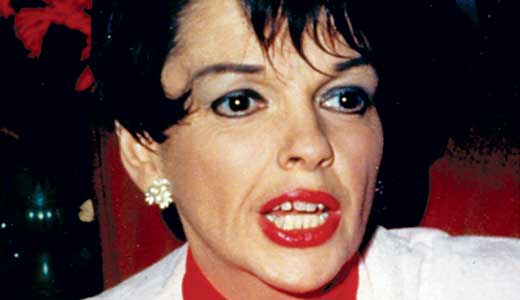 For four years, Andrew Schanie was the mind behind the Last Call Film Festival, an event tailor-made for Louisville’s drunkest film fans. To nobody’s surprise, it always did well at LEO’s Readers’ Choice Awards. Before that, he was known as a member of the bands Teen Pregnancy! and Bodyhammer.

Now, Schanie also is a published writer. His book, “Movie Confidential: Sex, Scandal, Murder, and Mayhem in the Film Industry,” was released in June on Clerisy Press. It documents some of the strangest episodes of Hollywood’s sordid past, from Fatty Arbuckle’s early-1920s murder trial to the gigantic bad trip that was “Titanic” (literally, it turns out). He’ll be signing copies of his book Friday at Carmichael’s.

LEO: What was the strangest thing you found while researching?
Andrew Schanie: Lou Costello’s last words, before dropping dead from a heart attack, were, “That was the best ice cream soda I ever tasted.”

LEO: Who was the person most fun to research?
AS: Probably Judy Garland. I never got tired of listening to what was supposed to be her autobiography. (Garland infamously recorded hours of drunken rants that were never published.) It really was like being a fly on the wall to someone’s psychosis. Or, like, if you’ve ever been in a bar when a fight is about to break out … except for Judy Garland, there’s no one else in the room. She goes on a slurring tirade about how she’s not an addict. She talks about her life being more important than any other passenger when she traveled via airplane. I think if Judy Garland had gone through her mania now, she would have her own reality television show. Sure it would be exploitive, but I’d watch it … and I hate reality television.

LEO: There are so many sordid stories of those old Hollywood types — you cover the Fatty Arbuckle trial in detail. Did Hollywood actors used to be that much weirder?
AS: I’m a firm believer no generation is any weirder than the last. The bigger difference now is how we spread information. You could find out what Lindsay Lohan is doing from minute to minute if you wanted to. Arbuckle was one of the first huge stars and an easy target. Was he also an asshole? More than likely. Did he rape Virginia Rappe? Maybe … I don’t think anyone can say for sure. Perhaps if the forensic science we have now were available then, we would have a definitive answer. One thing is for sure: After three trials, Arbuckle was not only acquitted, but the jury apologized to him for having to go to trial. No generation is any better or worse than the other. We just have weirder drugs and the Internet now.

LEO: Do you think actors are more screwed up than other people?
AS: And aren’t we screwed up people? Do you know anyone who isn’t screwed up?

LEO: Sure, people are messed up, but usually in a number of pretty normal, everyday ways. I don’t know a lot of Joan Crawfords, Lindsay Lohans or Gary Colemans. Celebrity and wealth seem to make people totally nuts.
AS: If you give that kind of money and attention to some of your co-workers, it’ll happen. Fame exacerbates people’s narcissism. Joan Crawford would probably have been some pushy, office know-it-all if she wasn’t an actress. The Jackson Five kids never had a chance with a father like Joe Jackson. Charles Bukowski never had a chance with the environment he was raised in. How happy is the average Louisville musician? Not very. How famous is the average Louisville musician? Not very.

LEO: Can you think of anybody who got what they deserved?
AS: I think Peter Jackson got what he deserved. Even when he was making B movies, it was clear the man was talented and would move on to bigger things. He also loves what he does, and it shows in his work. I hope he makes at least one more horror movie.

LEO: I guess I was thinking more in terms of karmic vengeance.
AS: I would probably say (British actor, philanderer and champion drinker) George Sanders. He was a sullen, misogynistic prick who left a suicide note that started with, “Dear world, I am leaving because I am bored,” and ended with, “I am leaving you with your worries in this sweet cesspool. Good luck.” Sounds like a fun guy, huh?