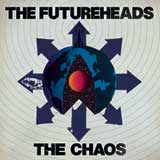 For the dudes who were leading the pack on the Kate Bush revival and credibly cited Devo, XTC and Wire as major influences, The Futureheads’ fourth studio album sounds more like the Kaiser Chiefs than experimental post-punk. Their journey, from math rock to catchy radio pop and halfway back, has been plausible at every step of the way. Their first record put them on the map with an inventive and cool cover of “Hounds of Love,” and their third featured “Skip to the End,” which couldn’t have been better suited for a commercial if it tried. Both incarnations were great, but they were losing their edge. They dialed it down for The Chaos and lost their character in the process. It’s a fine line between accessible and boring, and a finer one between experimental and unlistenable, but there has to be a happier medium than this.