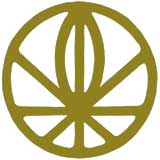 Cross a pot leaf and vagina to get the logo for Gayngs, an indie supergroup that brought the fun by naming its album Relayted and setting the whole thing to a slow-grind 69 bpm. Producer-musician Ryan Olson hooked up with members of electro outfit Solid Gold to compose the spacey-yet-hypnotic “The Gaudy Side of Town.” Others heard it and wanted in. Doomtree’s POS and Dessa joined forces with neo-folkies from Bon Iver and a couple dozen other performers to produce an album that is soulful, trippy and worth its 11-track weight. The middle gives a little bit to everyone, while staying true to its sagging meter. “False Bottom” is a mess of discordance and psychedelia, while “The Beatdown” brings deep-chested funk bass. Comparisons to The XX and Broken Bells are prevalent.

Gayngs emulates Gnarls without the ghettoblaster, Gorillaz without the hard backbeat, and Beck’s Sea Change without the constant depression. Though worth a listen, you ultimately realize it’s impossible to do much with so many musicians in the same room.