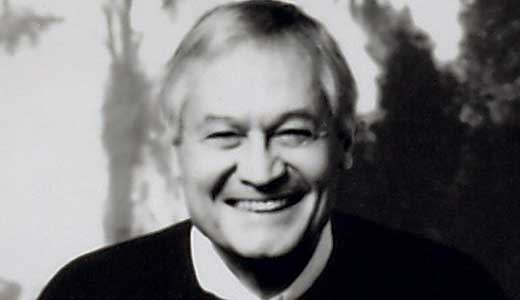 “I seriously had a geek-gasm when I saw that Roger Corman’s coming,” posted Blasko66 on the fan site www.horrorhound.com. It was a sentiment echoed on this and similar sites when the Fright Night Film Fest announced Corman’s upcoming appearance.

In addition to an obvious affection for the legendary filmmaker, the resulting web chatter seems to indicate a buzz for the festival outside of Louisville. The comment was part of a 10-page thread that sprung up in anticipation of the festival’s sixth year. A compelling narrative plays out here, where fans discuss whether they’ll make the trip to Kentucky. The posts begin in September 2009 with effusive comments about a planned visit from Robert Englund (Freddy Krueger in the “A Nightmare on Elm Street” series). Excitement turned to disappointment, though, when Englund canceled. Apparently, celebrity back-outs are par for the course in the horror convention business.

But all was good again in May when Corman agreed to be Fright Night’s guest of honor. For organizer Ken Daniels, the addition of this Academy Award winner represents a coup. In recognition of this, Daniels is changing the name of Fright Night’s film awards to the
“The Cormans.”

“The Oscars may have the Oscars, but we’ll always have the Cormans,” Daniels says. “From now on, the prestige of that award will go up. Next year, we will get tighter on our rules for winners. If you want to win a Corman for best special effects, they better be the best damn special effects!”

Corman’s impact on the Fright Night founder is evident. Daniels, who got through school by making short films in lieu of writing term papers, credits Corman as an “everyman’s filmmaker” and model for independent producers and directors. During his half-century career, Corman has been incredibly productive, at one point churning out an impossible eight features in one calendar year. Amazingly, none of his projects lost money.

With literally hundreds of campy movies to his credit, Corman is widely considered a B-movie auteur and drive-in specialist. But titles like “She Gods of Shark Reef,” “Bloody Mama” and “The Crazysitter” are certainly not the reason he was awarded that Oscar. As Daniels points out, the filmmaker’s influence on American cinema is larger than many realize.

There are the obvious touchstones, like 1960’s “The Little Shop of Horrors,” a film that still resounds, despite having been written and produced over the course of a single weekend. Of perhaps greater importance are the protégés who got their big breaks through Corman. The list is star studded, featuring names like Jack Nicholson, Dennis Hopper, Peter Fonda and Robert De Niro. Directors who’ve worked under Corman include Francis Ford Coppola, Martin Scorsese, Peter Bogdanovich and James Cameron, to name just a few.

In addition to meeting a Hollywood legend, guests can mingle with the cast of the festival’s namesake. Actors from “Fright Night” will assemble for a reunion, another achievement for Daniels, who considers Tom Holland’s 1985 film an early inspiration. There also will be a one-day music festival, masquerade ball, on-site tattoo parlor and, oh yeah, a slew of films.

Of these entries, it was a surprise to learn that Fright Night’s slate is not exclusively horror and gore. The two-tier judging system looks mainly for quality, placing special emphasis on culty submissions. This opens things up for comedies, thrillers, sci-fi and even documentaries.

One filmmaker who was surprised to make the cut is Louisvillian Brandon Maxwell, whose noir thriller “The Willing Suspension of Disbelief” will screen at 2:15 p.m. on Sunday. “Disbelief,” which was co-directed by lead actor Ryan Hauser, is far from a slasher flick. The filmmakers bill the feature-length effort as “Truffaut meets Tarantino.” In it, the lines between fiction and reality blur when a filmmaker steals the financing he needs to finish his opus. He makes the mistake of hitting up the very people he depicts on screen: the mob.

“I’m honored it will be included,” says Maxwell, who submitted his film on a whim when a friend and fan of the festival suggested he take a crack at it.

As many as 5,000 visitors are expected to descend like zombies on Louisville’s InnPlace Hotel this weekend. Judging from past history, Daniels says the venue can expect post-screening parties to go well into the morning.

“It’s the most fun you can have with your clothes on,” Daniels says of the festival. “Well, at least most people keep their clothes on.”