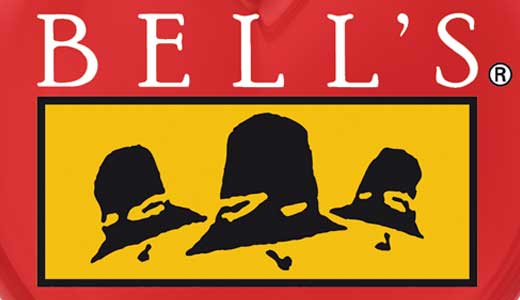 One of my favorite summertime beers is Bell’s Oberon, occasionally enjoyed with a slice of orange. I’ve been a fan of Bell’s Brewery for a few years and consider us lucky to be among the 13 states that carry the Kalamazoo, Mich.-brewed craft beer. Bell’s has many flavors and styles — more than 25 ales and lagers actually — and they’re tapping 13 of ’em Thursday at the Louisville Beer Store (746 E. Market St.) for the Bell’s On event, an unofficial kick-off party for the Forecastle Fest. The luscious libations will be flowing from noon-2 a.m., and DJ Chef Jeff will be spinning records when he’s not grilling food. Some favorites on tap will include Poolside Cherry Wheat, Consecrator Doppelbock, Rye Stout, Hopslam, Two-Hearted Ale and … wait for it … Oberon!

I recently caught up with Bell’s marketing director Laura Bell, daughter of Larry Bell, who started the company 27 years ago. She’ll be at the event Thursday, but here’s what she had to say about beer, Michigan and sibling rivalry.

Bar Belle: What was it like growing up with a father who made beer?
Laura Bell: It seemed normal to me. I didn’t really realize there was anything unique about a dad who brewed until I got older. I was probably the only kid on the block who knew what beer was and that it took malt, hops, yeast and water to make it. As children, my brother and I would go out one day a year with my father to help pick hops at local farms around southwest Michigan. We’d have to help cut down the vines and then pick the hops off them. To this day, the smell of drying hops is one of the most familiar and nostalgic smells to me. We were also put to work folding T-shirts, washing glassware and rubber-cementing labels onto six-pack carriers.

BB: When did you have your first beer?
LB: I feel like I was about 4 or 5 when I tried it for the first time. I do remember not liking it very much, though.

BB: What’s your favorite Bell’s beer?
LB: It depends on the season, my mood and what’s available. This summer, I have been drinking a lot of our Third Coast Beer and Oarsmen. My dad gets asked this question a lot and always responds, “They are all my children, I love them all equally.” I guess that means they are all my siblings, and I love them all equally, just some more than others at certain times.

BB: Do you ever get tired of drinking beer?
LB: It doesn’t happen too often, but it does happen. Sometimes there can be too much of a good thing.

BB: A slice of orange in your Oberon?
LB: I’m not a big fan of fruit in my beer, Oberon or otherwise. I do end up eating the orange slice on its own, though, if I get one on the glass. No sense in fruit going to waste.

BB: Do you think people sometimes forget about Michigan, since it’s kinda tucked up there between lakes and Canada?
LB: In the beer world, I’d like to think we are not forgotten about, as we are one of the best states in the country for beer with 80-plus breweries and brewpubs. In the non-beer world, I’m not sure. I hope not! Michigan has a lot of great things to offer, and I think it’s a great place to live.

BB: If you sat down at a bar and the Bell’s taps had run dry, what would be your next beer of choice?
LB: It depends on where I am. If I’m out traveling, I’ll try whatever is local first. Actually, I’ll try whatever is local first even if there is Bell’s readily available. I love trying beers that I can’t get in Michigan, as it seems like each region has their own unique styles and flavors.

BB: In a fantasy world, Bell’s will flow from ____.
LB: Um, sea to shining sea? Drinking fountains in office buildings? Kegerators everywhere? A tap in my house?

Houseflies and Bats
Kevin Gibson is my friend, and he’s in a band called The Uncommon Houseflies. They’re playing Saturday at Slugger Field at 5 p.m. In some strange coincidence, it’s also Faith Night at the ballpark. Kevin’s band has nothing to do with faith other than believing rock ’n’ roll can get you laid. When I asked him to describe his band’s sound, he shotgunned his PBR and said, “like the Ramones beating up a clown.” They’re celebrating the release of sophomore album Excrement Weather that night as well. Just so you know what to expect, song names include “Beating Up Hippies,” “Supermarket Sushi” and “The Last Roofie.”