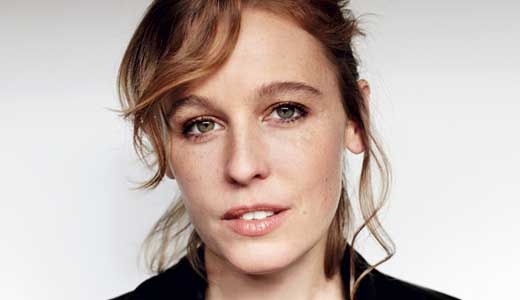 The July 22 kickoff to the Appalachian Voices tour at Lexington’s Opera House was a stunner. Yim Yames, Ben Sollee and Daniel Martin Moore turned in a show that straddled the line between bluegrass hoedown and confessional while raising awareness about mountaintop removal in Appalachia. Activist Jason Howard and novelist Silas House broke up the milieu nicely with narratives spotlighting man’s responsibility to — not control over — nature. Like any good show, it was hard to tell whom the spotlight belonged to: Moore, at first bookish on stage, turned in a heartwarming cover of Dylan’s “Forever Young”; Yames pulled out gems (“Smokin’ From Shootin’,” “Golden”) but supported his band when needed. Finding two hands more capable than Sollee’s is officially impossible. Dear Companion is out now. Visit www.ilovemountains.org.

Brain candy
Cerebellum was only around from 1988-1989, but the work of the band’s members outlasts its breakup.

Three-quarters of the band went on to form Crain — guitarists Tim Furnish and Joey Mudd, bassist Jon Cook and drummer Will Chatham. The team of Furnish, Cook and Breck Pipes — an apropos furniture store name if ever there was one — now hold court in Parlour, Mudd fronts Midnite Sons, and guitarist Drew Daniel, who designed the cover of Cerebellum’s lone cassette, is one half of Baltimore experimental duo Matmos. (See a review of Matmos’ new album, Treasure State, on page 30.)

This past spring, Noise Pollution, who has taken up the mantle of curating much of Louisville’s older punk music, re-released Cerebellum’s first tape along with five songs — “Begin,” “Guard,” “Hurt,” “Brighten” and “Crawl Out of the Water” — recorded at Trip Barriger’s Studio K.

The special edition LP came out just in time for the band’s reunion show back in May to raise money for Jason Noble, but their proper release happens July 31 at Skull Alley (1017 E. Broadway, www.skullalley.net). The all ages show is $6. Trophy Wives and The Teeth open.

Merrittocracy
Tift Merritt anchors tonight’s Waterfront Wednesday. Her newest, See You on the Moon, was produced by Tucker Martine (The Decemberists) and guest stars Yim Yames. Merritt joins dream pop outfit Dawes and Robert Francis, whose single, “Junebug,” off his latest Before Nightfall, hit No. 1 on the French charts. As always, the Harbor Lawn shows start at 6 p.m., weather permitting, are free and all-ages. Beer and liquor with I.D.

Music Cast
Ex-Kangaroo member Alex Smith is Lydia Burrell, and the self-titled electronica debut of the same name is out now digitally on Removador Recordings & Solutions. We caught up with him while on vacation to talk about the album and where Lydia comes from. He performs Aug. 27 at Zanzabar. Listen at Bluegrass Catastrophe, bluecat.leoweekly.com.