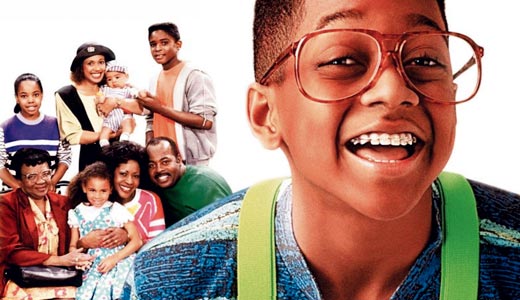 Anybody out there remember Steve Urkel? We apologize for invoking the memory. He — in classic Fonzie fashion — took over this simple, struggling Reginald Veljohnson sitcom, turning it into one of the most successful — and awful — TV offerings of the ’80s. So why are we promoting this nostalgic piece o’ crap? Because one of the co-stars, Telma Hopkins, was born and raised rat-cheer in our humble city. Formerly half of “Dawn” (behind Tony Orlando), Hopkins later appeared in “The Hughleys,” “Half & Half,” “The Love Guru,” and has a new movie coming out later this year with ’80s motormouth Jackée Harry called “The Cleanup Woman.” Way to go, homegirl!

NIP/TUCK: THE SIXTH AND FINAL SEASON

Final five-disc outing for this savagely addictive dark cable soap opera about two Miami Beach plastic surgeons and their patients, who range from being mildly demented and needy to drug-enhanced and criminal. John Hensley, who played Matt McNamara, the son of Dylan Walsh and Joely Richardson, is a local boy, born in Louisville in 1977. No word yet on his next project.

180° SOUTH: CONQUERORS OF THE USELESS

Surprisingly popular doc/drama from adventurer Chris Malloy. He journeys deep into the wilds of Patagonia to retrace the 1968 expedition by climbers/surfers Yvon Chouinard and Doug Tompkins — until actually finding them living in a rain-soaked hut, deep in the jungle, having “risen above” the shallow experiences of their past to find Nirvana in a simple coexistence with nature. One of the most engrossing and sensual flicks of modern times.

FROM PARIS WITH LOVE

John Travolta goes completely insane in this Euro-actioner costarring Jonathan Rhys Meyers. They play the ultimate mismatched-cop duo, with Meyers as the straight man to Travolta’s over-the-top parody of Dirty Harry On Crack, killing scores of people who are just walking down the street, all in the name of catching the bad guy. An entertaining, if completely ridiculous, misfire.

First full-season, long-delayed video release from the groundbreaking PBS series. A “Sesame Street” production, this cleverly centers on an unseen ghost who writes mysterious clues in the books and video games of six ordinary kids, leading them on an adventure. The kids explore the infinite power of language as they help the Ghostwriter uncover his/her own identity. Very high-concept, but brilliant and entertaining; 34 episodes on five discs.

For those of you too young to remember 1989, this was supposed to be the pilot for Muppet-meister Jim Henson’s greatest creation: a weekly comic film noir featuring “Ace,” the four-legged Sam Spade-styled hero, running amok through a dog-eat-dog world rife with canine puns. It tanked, big time, but we remember it fondly.

It was well-known astronomer and full-time TV whore Neil deGrasse Tyson who spearheaded the campaign to downgrade Pluto from a “planet” to a “media event.” Here he explains the controversy and takes us on a world wide stroll to see the surprising effect it had on people around the globe. Fun.

An international hit for kids. After terrorists take over a hospital, four brave youngsters sneak in to steal a transplant heart needed by their sick friend. A great action-comedy from Thailand; the “R” rating is bogus.

While this Hong Kong drama stars Jackie Chan, it’s not like any JC film you’ve ever seen. No comic ballet moves. No broad malapropisms. No “Sorry” when he punches a bad guy in the face. Instead he plays it straight as a desperate Chinese man working illegally in Japan, looking for his missing sweetheart. It’s a dark, heavy drama that Jackie handles beautifully, finally exploding in a violent — and distinctly inelegant — rage. A brutal experiment that has divided Jackie’s loyal fan base.

Despite the talent involved — Leonardo DiCaprio, Mark Ruffalo, Ben Kingsley, Max von Sydow, Jackie Earle Haley — and the vast overproduction by director Martin Scorsese, this is at heart a very small film, almost Hammer Studios-like in scope. That’s no small praise, and Hammer fans will probably see the ending-twist early on. Leo stars in this Gothic thriller about a haunted federal marshal investigating the disappearance of a prisoner on a remote island for the criminally insane. Lots of fun.

TALES OF THE GOLD MONKEY: THE COMPLETE SERIES

We loved this goofy ’80s TV rip-off of Indiana Jones movies starring Stephen Collins and a ragged Grummond Goose in the mysterious and beautiful South Pacific of 1938. Lots of comic danger and silly/sexy adventures with Caitlin O’Heaney and Roddy McDowall. It only lasted one season but produced 22 entertaining hour-long episodes, all here on six discs.

Yeah, pretty much what the title says: a send-up of Judd Apatow movies starring Bryan Callen (“MADtv”) and Noureen DeWulf. Nicely raunchy, if nothing else.