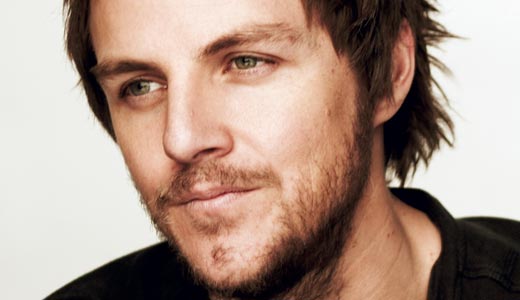 Charlie Mars and his band were en route from Auburn, Ala., to a house show in Atlanta when a funny smell overtook the cab and he asked the driver to pull over. What ensued belongs in a David Sedaris book.

“We pop the hood, and flames shot out the front,” he says. “Five minutes later, there was nothing left except the box springs of the seats and the frame. Fortunately, firemen showed up about the time the trailer caught fire.”

Unlike that Chevrolet, the Oxford, Miss., songman’s career has yet to go up in smoke. After touring the better part of 10 years, his fifth album, Like a Bird, Like a Plane, earned him a slot at the Austin City Limits Music Festival in August, and his music was featured in a recent episode of CBS’ unsolved crime drama “Cold Case.”

“I’ve only watched the show once; I probably won’t watch it again,” says Mars, digging the exposure. “If they want to use (my music) for a tampon commercial, they can.”

Last month, Vanity Fair debuted the video for “Meet Me by the Backdoor” on its site. The video was shot by Nigel Parry, a photographer for the magazine since the early ’90s, whom Mars met through his girlfriend, “Weeds” star Mary-Louise Parker.

Like “Meet Me by the Backdoor,” the rest of Like A Bird walks a path of perseverance. “It’s trying to look at life, and what are the things in life that allow me to rise above what is painful? Where is the salvation in this? Most of the songs are about the answer to that question.”

Movie: “The Big Blue,” the 1988 film starring Rosanna Arquette. “Great score. The American version has a different score, so you have to get the French director’s (Luc Besson) cut.”

Way to kill time on the road: “Read magazines. Listen to music. A lot of walks. If I have a few hours in a city, I’ll go for a walk and look around.”

Ever played a sport? “I played soccer in high school. I was terrible. I’m a pretty good tennis player. I watch the Saints and SEC football — Ole Miss, Mississippi State.”

Favorite place to eat in Oxford after midnight: “Nowhere. There’s a famous place where people get fried chicken on a stick that I think is just awful. I do like Taylor Grocery & Catfish House, just outside of town in Taylor, Miss. It’s an old-school catfish house, janky and family-run.”