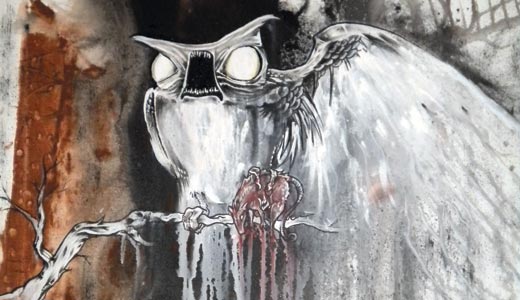 Nothing makes me feel better than giving Mother Earth a great big bear hug. But if sentimental nature-talk is not really your thing, there is still something to gain from a stroll up Rastetter Street for the Louisville Sustainable Living Fair. There is a practical side to all this talk of sustainability, and the fair looks to promote, applaud and facilitate the lifestyle. A free screening of the documentary “Carbon Nation” will show as well. Rather than dwell on some impending environmental apocalypse, “Carbon Nation” focuses on the positive steps people have taken to combat impinging environmental maladies. More than 40 earth-friendly businesses will have booths lining the street. —Rosie Haney

Local author Jessica Leader is basking in the glow of the reviews for “Nice and Mean,” her recently published novel of cooperation and ambition among the middle school set. This first book by the former New Yorker and Actors Theatre teacher has landed a prominent place among recommended children’s titles for summer reading. Leader has multiple area events scheduled throughout the summer, but the Hurstbourne Borders gets first crack with a signing party Friday evening. The author gets high marks for her ability to capture the tween voice while piling on realistic conflict, and she can be expected to lead an engaging and entertaining event for an age group that should be encouraged to read at every opportunity. If you’ve got a tween, by all means, drag ’em away from the video screens and get ’em here. —T.E. Lyons

Only Wild & Woolly founder Todd Brashear’s taste in music can rival his taste in film. For the store’s 13th anniversary — no easy feat in our rocky financial climate — he lands garage and psych rock’s walking history lesson, Roger Kynard “Roky” Erickson. In 1966, Erickson burst onto the scene as frontman for the 13th Floor Elevators. Later diagnosed as a paranoid schizophrenic, he was arrested for marijuana possession and underwent a series of electroshock therapy “treatments” at Rusk State Hospital for the Criminally Insane. In the years that followed, ZZ Top, The Jesus & Mary Chain and R.E.M. would cover his material. This year brought us Erickson’s first new album in 14 years, a collab with Okkervil River called True Love Cast Out All Evil. That Erickson is still upright and mobile proves that statement tenfold. —Mat Herron

Going almost a decade strong, Riverfest comes ashore this weekend in Prospect. Appropriately named, the fête will be staged right on the Ohio riverbank, encouraging festival-goers to dock their boats and stick their toes in the good ol’ Kentucky sand. All proceeds go to EDGE Outreach, a local program dedicated to a global effort that brings clean water and education to communities in need all over the world. The program has sent teams to Haiti and Costa Rica this last year.

The Wulfe Brothers, Big Poppa Stampley, Unlimited Show Band and Dick Dastardly are just a few of the performers lined up for the weekend event, sponsored by the Shady Glen Club. Food, drink and fun will be plentiful. —Jess Mahanes

Bring your shotguns to Germantown this Saturday for … wait, no, don’t bring your shotguns. The reference in “Shotgun Festival” is actually to all the shotgun houses in this Louisville neighborhood. Instead, bring a few hours of your spare time so you can shop for records, art, crafts, plants and other such items, and bring a thirst for good beer and a hunger for some Germantown food. The epicenter of this street festival on steroids is the parking lot at St. Therese Church on the corner of Kentucky and Schiller streets in Germantown, and goes in all directions. In addition to the crafts and comestibles, there’s a great lineup of live music, starting at noon with Monkey Boy. John Gage, Heidi Howe and many others will also perform, and there’s an afterparty at Nachbar with Cougar Express and The Deloreans. If you liked the Schnitzelburg Walk, you’ll love this. —Kevin Gibson

According to the University of Minnesota’s Department of Horticulture, daylilies are “rugged, adaptable, vigorous perennials that endure in a garden for many years with little or no care. Daylilies adapt to a wide range of soil and light conditions. They establish quickly, grow vigorously, and survive winters with little or no injury.”

Why am I raving about daylilies? Because apparently, Louisville has its own Daylily Society. And if that’s not enough, the group is holding one of North America’s largest daylily shows, all right in front of ValuMarket. The show will include education and information about the flower, and a plethora of lilies will be on sale for up to 50 percent off. I can’t think of a better place to stock up for upcoming special occasions. —Jess Mahanes

Calling all zombies: The living dead just got a little more personal. Divinity Rose will debut her new music video, set to the music of MCB recording artist Mathieu Blake, in the form of a short silent film entitled “Dead World.” Shot in three spaces across Kentucky, including Louisville, Rose put raw emotion into this video. “This video is significant for me. It allowed me to actually release an old memory I was holding onto,” says Rose. Every element of the project was touched with a bit of local flair, as more than 60 locals were a part of the cast and crew. Come out to the zombie round-up party to view the new work of Rose and enjoy local acts like OK Zombie, Ron Whitehead and Divinity Rose herself. Come dressed for the occasion — either a zombie, a hunter or a victim. Prizes will be given to the person who rounds up the most zombies and best zombie costume. —Whitney Spencer

Choosing just one restaurant can be a daunting task, so why try? This Sunday, Taste of Frankfort Avenue will do the work for you. The event will host more than 25 eateries, meaning there will be something to please most any palate. In addition to good grub, there will be a wine and beer tasting, cooking demonstrations, silent auction and ice sculptures. The ticket price is a relative bargain, too, if you think about how much it would cost to go to each restaurant in an attempt to sift out your favorite. So get out of your rut and get to the food fair. Bon appetit. —Rosie Haney

Singer-songwriter Mary Gauthier endured a childhood riddled with the dysfunction of an alcoholic father, depressed mother and turbid emotions stemming from adoption. After running away at age 15 and experiencing years of suffering due to her own addiction, she turned to music. With six albums to her credit, her latest work, The Foundling, is sincere without being mawkish. The songs orbit her search for her biological mother. It took 40 years and $500 to find you, Gauthier writes in “March 11, 1964”: I know it’s close to Christmas, I don’t mean to make you cry. You ask my why I’m calling, I say I don’t know why. Her search for, and ultimate rejection from, her birth mother culminates in one stunning album. And if YouTube videos are any indication, the live show should be just as impressive. —Rosie Haney

Barry “Dairy” Allen may not be a familiar name, but his ever-expanding knowledge of art and his passion to share his vision with the world makes him a name worth remembering. Grasping inspiration from graffiti escapades in his youth and an informal fine arts training, his exhibit is a mixed bag of artistic beauty. So, grab a cup of joe and take in the eccentric works of Allen. And if you happen to fall in love with a piece, there’s always the option to buy. —Whitney Spencer

Learning to do flameworking is a lesson in how not to get hurt. Local flameworker Mark Payton once told me he had been seriously burnt a handful of times. “It’s always part of it,” he says. Also known as torchworking and lampworking, it is the art of reshaping glass rods with the heat from a blowtorch. The artist then twists, cuts and stretches it to create goblets, jewelry and sculpture. Its history goes all the way back to Renaissance Venetian glass, with its attention to intricate designs.

Gallery Janjobe’s exhibit, “Some Like It Hot,” features 20 national artists brought to Louisville for the Glass Art Society’s recent convention. We get to reap the benefits by having the glass stick around town a little longer. —Jo Anne Triplett

‘Over the Garden Wall’

Painting in a garden must be a little slice of heaven. Apparently, many people think so, as The Christy Zurkuhlen Gallery has a whole exhibit of plein air (outdoor) works by 17 artists. Many of the locations are familiar, like Catherine Bryant’s Farmington and Whitehall gardens, while other artists painted out-of-state locations, like the Santa Fe garden depicted by John Michael Carter. Angela Campbell’s preference is to do a close-up of a single flower or two. While Zurkuhlen may be a little bit biased, she feels “the plein air paintings are some of the most beautiful and wonderful garden paintings I have ever seen.”