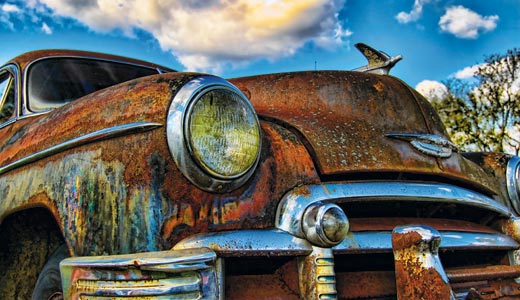 Sonos, a six-person a cappella group out of L.A., will open up WFPK’s Waterfront Wednesday with an infectious brand of a cappella panache. Using beat boxing and avoiding the ubiquitous “dow” sound other groups use to imitate musical instruments, Sonos also touts a playlist of unconventional tunes that includes Radiohead’s “Everything In Its Right Place,” Imogen Heap’s “Come Here Boy” and Bon Iver’s “Stacks.” Thanks to a resurgence of a cappella on college campuses and shows like “Glee,” it seems chorale is actually cool again. The other two acts at tonight’s free concert are Joshua James and Carney, both up-and-coming performers who could very well be household names this time next year. —Rosie Haney

DeRay Davis is rapidly becoming one of the hottest stand-up comedians in the country today. He has appeared behind the mic on BET’s “Comicview,” “Def Comedy Jam” and in “Jamie Foxx Presents Laffapalooza,” where he was one of the breakout performers. Over the years, he also has built quite the film and television résumé by taking small roles in “Reno 911,” “Barbershop” and “Scary Movie 4,” eventually getting the opportunity to act alongside comedy great Will Ferrell in the much-funnier-than-it-got-credit-for movie “Semi-Pro.” Davis also regularly contributes his vocal talent to one of the most brilliant, cutting-edge shows on television, Cartoon Network’s “The Boondocks.” Catch him at The Improv this weekend. —Brent Owen

Louis Schwadron knows why you don’t hear many jingles on television. “It’s because no one wants to pay the singers’ union.” He’s referring to the American Federation of Television and Radio Artists, which represents 70,000 performers and journalists. “They want the feeling, but they don’t want to pay.” The grandson of a World War II jazz sax player, Schwadron grew up in Los Angeles and graduated from Juilliard. Along the way, he hooked up with Polyphonic Spree and last visited Louisville as a member of Duncan Sheik’s backing band. He’s written a few jingles himself, but lately he’s focusing on his work as ringleader of Sky White Tiger, who are peddling a new EP and working on a proper full-length. Expect sonic improv thrown in with synths, drum patterns and Schwadron’s contemporary pop vocals. Aquaventure, Bunnyday & the Buckets and Ben Traughber round out the bill. —Mat Herron

Vibraphonist Dick Sisto curates a far-reaching lineup that includes bassists Lynn Seaton and Rufus Reid, guitarist Dave Stryker and drummer Ed Soph, among others, for a series fit for all jazz lovers. Seaton’s appearance is a return to the region — he was house bassist at Cincinnati’s Blue Wisp Jazz Club from 1980-1984. Reid’s latest album, Out Front, reached No. 1 on the Jazzweek chart. Stryker earned plaudits from Pat Metheny, while Phil DeGreg’s piano traverses the landscape between Brazilian jazz and bebop. Sets happen every Friday and Saturday at 8 and 10 p.m. from July 2-17. Underage jazz lovers welcome if accompanied by an adult. —Rosie Haney

The Fourth of July is just like Christmas, except the songs are better. And in this case, the Louisville Orchestra celebrates Independence Day and the nation’s 234th birthday on the third of July, Saturday night at RiverStage, on the Ohio River in Jeffersonville. The program includes a sparkling revue of all-American tunes — except for the one by Tchaikovsky, who wrote the “1812 Overture” to celebrate a huge Russian victory over France in the World Cup. But who cares? All the other songs and medleys are pure red, white and blue — from “Our Town” to “My Old Kentucky Home.” The evening will include three Sousa marches, “The Stars and Stripes Forever,” the seldom-sounded “Liberty Bell” and “Semper Fidelis,” my second wife’s motto. Jason Weinberger conducts. Green grass. Great view of the Ohio River. Lawn chairs recommended. —Bill Doolittle

Me: Holy shitballz! … Arrested Development is coming to Waterfront Park for the free Fourth of July concert! Intern: The TV show is on tour? How does that work?

You know, 1991 wasn’t that long ago, kids. Arrested Development added a pinch of soul seasoning to the hip-hop scene back then and took home two Grammys for their efforts. Hit songs include “Tennessee,” “Mr. Wendal” and “People Everyday.” They join Bettye LaVette and Michael Franti and Spearhead on Sunday at the Waterfront Independence Fest, which will end with a not-as-big-as-Thunder-but-still-big fireworks display. The night before, on Saturday, the Waterfront goes country with John Rich, Cowboy Troy and Tyler Dickerson. As always, admission is free, and both evenings begin around 5 p.m. —Sara Havens

Crescent Hill loves tradition, and the neighborhood’s annual Fourth of July festival is proof of that. There will be fireworks to dazzle at 10 p.m. on Sunday night, in addition to 35 jazz, bluegrass and acoustic groups playing tunes throughout the two-day family-friendly event, now in its 27th year. The event also will include an antique car showcase, art show, pet show, children’s activities, food and drink, and a 5K run — you need to work off those elephant ears somehow. Some of the money raised will benefit preservation efforts in the neighborhood. A full schedule of events is available on the Crescent Hill Community Council’s website listed above. —Jess Mahanes

The Spot5 Gallery is an enthusiastic space that strives to bring unexpected shows to Louisville and give local artists the opportunity to show their work. After three years with the gallery, Brian Stastny has his latest collection, “Pelle Immagini” (Italian for “skin images”) on display. Bringing his fascination of the art form to light, the collection focuses on the beauty of tattoos and those who indulge in them. Stastny will display works that include those inked by local tattoo artists including Terry Tapp, John Furse, Anna Story, Eric Jefferson and more. Visit the Spot5 Gallery to indulge in the beauty on display in this collection. —Whitney Spencer

Nick Roberts has earned his title as a photographer through 40 years of hard riding and straight shooting. Accompanied by Harley Davidson and his camera, Roberts has spent the past decade focusing on what the West has to offer, from its landscapes to its speed racing. One of the methods featured in the upcoming show experiments with high dynamic range imaging, a technique that, when morphed with digital photography, makes the subject appear to be lit from behind. As with most of Roberts’ work, vibrancy of color is strong. “I consider my photography ‘painting with light,’ because I emphasize the colors as they appear to me when I’m taking the photo,” says Roberts, who began his career at the University of Louisville’s School of Art. “I see the color intensely and work to enhance it when I process the image.”

Complacent: pleased with one’s situation and advantages without awareness of some potential danger or defect. That word sparked some heavy conversation between friends McKinley Moore and Matthew Eskuche. It seems both feel too many Americans are apathetic toward the rise and fall of the globe’s other inhabitants. Using the soothing salve that is purchase power, we make our personal world feel a little better. To use their jargon, that’s consumerist complacency. It may be what Western culture is best at.

Using glass and mixed media, they have created art as commentary. Nothing says “Another glass of wine, honey?” like Moore’s grenade shaped goblet. The exhibit also features a piece by Alexander Rosenberg. —Jo Anne Triplett

Women gotta walk, and Monica Mahoney has the images to prove it. Inspired by films showing life’s dramatic moments, Mahoney used walking as a metaphor for endings and beginnings. The six 9-by-5-foot oil paintings encircle the space at Proof on Main. “AHORA” features a woman quickly heading away from an automobile. It resembles a movie still that’s been blasted by white light. The woman is set to vanish into the white; what happens next is anybody’s guess.

“Although the specific circumstances can be quite diverse,” says Mahoney, “there is a universal quality to these transformative moments. The final thread can be something profound or seemingly insignificant. Regardless of what the women are walking away from, they are all walking toward the same thing — themselves.” —Jo Anne Triplett

If you’re looking for a good way to beat the heat with the family, the Louisville Science Center’s IMAX theater is ready to take you on a 200 million-year journey back in time. Get ready to encounter ocean creatures big and small, including the “T-Rex of the Sea.” Viewers will embark on a journey learning about animals said to be the groundwork for creatures today. The breathtaking film proves you don’t have to be a kid to enjoy this cinematic and scientific look back under the sea. —Whitney Spencer