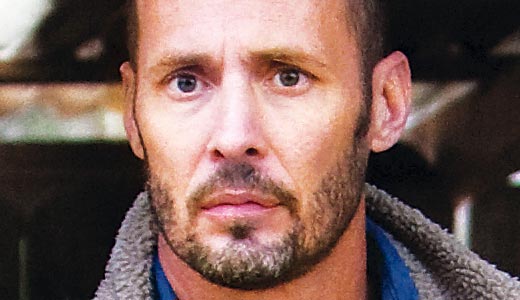 Paul Thorn will be part of the Festus lineup June 19 at Iroquois Amphitheater.

Uncle Merle loved the ladies, but his relationships with them were anything but 50-50. In the grand tradition of law-skirting lotharios like Iceberg Slim, Merle was a 100-percent, grade-A Los Angeles pimp.

By comparison, Wayne Thorn lived wholesome as a Pentecostal preacher, divining his beliefs and perspectives from above.

Paul’s newest immortalizes in the song, the advice he got from two dominant figures in his life. “I’m a little bit of both,” he says. “Those were my mentors.”

Most of their insight centered on junior’s rocky liaisons with women: Wayne Thorn invited his son’s soon-to-be ex over for a prayer circle, hoping to save their relationship. “She left and went back to the guy she was seeing,” Paul says.

Uncle Merle’s advice? “‘Disappear. Quit calling her. Quit letting her know where you’re at.’ She showed up at my doorstep three days later wanting to get back together.”

It’s an anecdote that supports the ongoing theme of Pimps: There’s always more than one side to any story or person. “It’s important in life to not get all your information from just one source,” Paul says. “It’s that philosophy of the whole album: You really need to see both sides of the track.”

Quick sidenote: Paul wants to apologize publicly to a bouncer/wrestler named Bull Pain. Thanks to a liberal amount of tequila, his last Louisville appearance nearly imploded, and Bull, an avowed fan, sent him an e-mail the next day telling him so.

“He said, ‘Even though I’m disappointed, I know you’re better than that.’” Paul recalls. “A lot of times, when people see you spinning out of control, they won’t say anything. If he’s not working, I’ll put him on the guest list.”

Saturday’s Festus is also part of the final run of Cross Canadian Ragweed shows before the band goes on hiatus so drummer Randy Ragsdale can take care of his 10-year-old son, J.C., who is autistic. Ragsdale had agreed to resign from the band and help them find another drummer. “We said, ‘No way.’ It’s always been the four of us,” guitarist singer Cody Canada said in a recent interview. CCR’s last show is Oct. 24 in Chicago. Meanwhile, Canada and bassist Jeremy Plato are working on material for a new band.