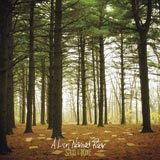 A Lion Named Roar should rename themselves A Cat Named Meow. Right off the bat, they fall into the same trap of most Christian rock bands: staying a decade behind in terms of relevance (the only notable exceptions to this trend are Third Day, Derek Webb and Caedmon’s Call). I’m sure these well-crafted songs are personal to Chris Jackson and Tyler Anderson, but the production sounds like outtakes from the second album Evan and Jeron never got to record in 2000. It’s antiquated and simplistic, as if they’re playing for an adult version of the Jo-Bro tween audience, a paradox that, were it to exist, would consume the planet in a cloud of hair product, promise rings and loose-fitting neckties. Ultimately Chris and Tyler should put their big boy pants on and record an album worthy of the songs it contains.