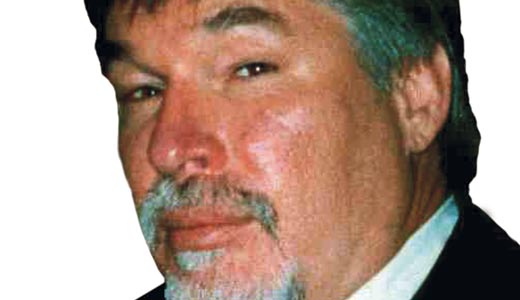 Dan Shockley was gunned down at Air Devil's Inn, the bar he owned, in 1995.

Former Endpoint manager and soundman Andy Tinsley announced via Facebook last week that Krazy Fest would return to Louisville in May 2011.

Started by Andy Rich, founder of the now-defunct Initial Records in 1998, the festival featured post-hardcore and punk notables such as Avail, Hot Water Music, Thursday, Jimmy Eat World and By the Grace of God. Tinsley is accepting suggestions for bands to play via the Krazy Fest 2011 Facebook page.

In memory of Dan Shockley
On Dec. 2, 1995, Russell Shockley’s life changed forever. That’s the day his father, Dan, who ran Air Devil’s Inn, was shot to death inside the bar by a gunman who later shot himself.

Since then, Russell has taken ownership of the bar, a popular site for blues music, New Year’s Day Townes Van Zandt tribute concerts and motorcycle enthusiasts.

The latter made a weekly pilgrimage to the Taylorsville Road outpost until 2001-2002, when the group “ran afoul” of Alcohol Beverage Control and Metro Police. “They definitely did us in on that,” said Russell, 42. “People just quit showing up.”

No Dolla
Rickey Green, the 27-year-old Bowling Green rapper who performs as Dolla Green, appeared in Los Angeles on the “Judge Alex” show last week as part of his lawsuit against Louisville promoter Antonio Thomas. Green alleges that Thomas, known as T. Made, owes money Green paid him to travel to Atlanta to perform. The concert was canceled at the last minute. Meanwhile, the rapper is peddling a new disc. More info at www.dollagreen.com.