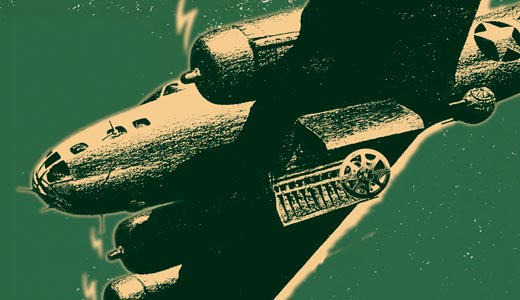 Last year, more than 1,000 independent movie buffs flocked to the first-ever Flyover Film Festival. They watched Chevron go under the knife in one documentary and learned the history of black metal in another. They saw William H. Macy play a horn-dog father, a journeyman “walk” with Werner Herzog, and Louisville native Roy Germano flip the lens on Mexican immigration.

In its first year, Flyover — funded entirely by tax-deductible contributions from sponsors — proved to be organic, funny and fresh. Its success was compounded by the fact that Louisville native William Mapother, aka Ethan from “Lost,” showed up for the inaugural event. The actor apparently liked what he saw, and he’s returning again this year, this time hosting a panel discussion as part of the festival.

But it seems Flyover’s biggest asset is not just credibility, but perspective.

“We very much had a crawl-before-we-walk mentality,” says Stu Pollard, a producer-director and Louisville native who will lead a panel discussion this weekend on film financing as part of the second annual Flyover Film Festival. Pollard says Flyover fits into the right category.

“I basically break festivals down into three categories: the ones you can go to in hopes of selling your movie; your Sundance, Cannes, Toronto. There’s the opposite end of the spectrum, which is basically exploitive festivals that charge high application fees and don’t really serve much of a purpose. Then there are festivals in the middle — and that’s where Flyover fits — where you have well-rounded people bringing in films that people wouldn’t normally see.”

That theme continues this year at Kentucky Center for the Arts, a focal point from which much of Louisville’s arts culture emanates, as well as Baxter Avenue Theatres, which tends to favor short-run indie films over mainstream fare.

Ten feature-length films will be screened at Flyover 2, and Louisville Film Society board member Tracy Heightchew says the subject matter cuts across a wide spectrum of interests. “It’s usually just a big matrix of lots of different people in the collaboration of it all,” she says. “We make sure there are a lot of flavors in there. I was pushing really hard for ‘Wonderful Whites of West Virginia,’ which is totally up my alley. (Louisville Film Society co-founder) Ryan Daly made sure that Jack Stevenson was coming. It’s about just having a nice, eclectic combination.”

On that count, the Louisville Film Society has succeeded again this year, screening films that run the gamut from a Sundance stoner comedy to a documentary about the deleterious environmental effects of plastic bags.