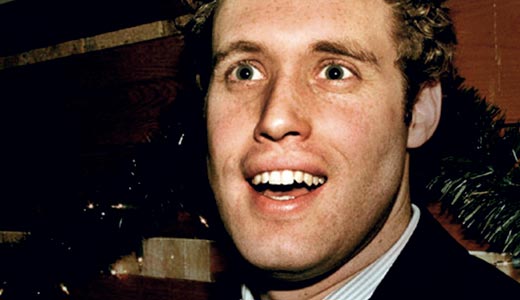 T.J. Miller is soon to be a household name, with critically acclaimed roles in “Cloverfield,” “She’s Out of My League” and “How to Train Your Dragon” under his belt. Soon he will be featured in “Get Him to the Greek,” “Yogi Bear” and “Gulliver’s Travels” alongside Jack Black and Jason Segal. With a background in stand-up and improvisational theater, Miller will take the stage this weekend at the Comedy Caravan.

LEO: Who inspires you to do comedy?
T.J. Miller: I feel really strongly about Carrot Top, but only in terms of fashion.

LEO: Are comics unhappy people?
TJM: It makes me unhappy when I hear that question for sure. It’s a good question, because there would be an interesting dichotomy in people who make other people happy, being unhappy themselves. But the entertainment field is hard in general. I can’t imagine that every ballet dancer is ecstatic about just eating yogurt and grains of rice, ya’ know? I’m sure there’s a large propensity for unhappiness in that profession as well.

LEO: You worked with Second City in Chicago. That legacy has to be intimidating.
TJM: The legacy can be intimidating, but for me I was just trying to get experience — I was doing stand-up on the side and acting. But there hasn’t really been any big breakout (“Saturday Night Live”) stars in a while, so I think the legacy is a little different now. I was more intimidated by drunk Chicago Bears fans.

LEO: Which character was more fun for you as an actor — Stainer from “She’s Out of My League” or Tuffnut from “How to Train Your Dragon”?
TJM: Oh God, how do I choose? The names are so fantastic. I’ve been really lucky with names of my characters.

LEO: Which upcoming film are you more excited for the public to see — “Yogi Bear” or “Gulliver’s Travels”?
TJM: I think if you really want to check me out in shorts and a ranger hat, then “Yogi Bear” is where you’ve got to get to … it’s the real thing in terms of that aesthetic. It’s not that I’m expecting an Academy Award nomination or anything … but I can’t imagine how I wouldn’t get one.

LEO: With the finale of “Lost” still fresh in our minds, what was working with J.J Abrams on “Cloverfield” like?
TJM: He’s so smart and can kinda do no wrong … so it’s weird to be around a person like that. I don’t wanna say “Star Trek” was my idea, but I would always talk about the stars in the sky, and also what a trek it was to get to set from my apartment every day — and then all the sudden he has “Star Trek” coming out. I’m not saying anything, but it seems weird.