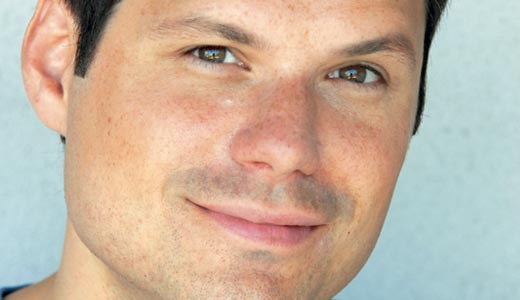 Michael Ian Black is comedy’s equivalent to the Godfather in the Y-Bother Generation. Founder of three revolutionary sketch comedy troupes — The State, Viva Variety and Stella — Black long ago confirmed his place in the annals of comedy history. He went on to appear on the big screen in films “The Ten” and “Wet Hot American Summer,” as well as on television in “Ed” and VH1’s “I Love the …” He’s written the films “Run Fatboy Run” and “Wedding Daze,” the latter of which he also directed. In 2007, he released his first stand-up album, I Am a Wonderful Man, which is what he’ll be doing when he comes to The Improv this weekend.

LEO: What do you enjoy most — writing, sketch, improv, acting or stand-up?
Michael Ian Black: One of the great things about my business is that the lunch is always free. Whenever you’re working, they give you free food almost all the time. That’s probably the part of the job I enjoy the most.

LEO: Your comedy is often described as cynical — is that fair?
MIB: I’m a little all over the map. I definitely have some dark tendencies, but I’m also, in a weird way, an optimist. I figure, what’s the worst that happens? Humanity gets destroyed in a blazing fireball … so what? In the larger scope of things, that doesn’t matter — it’s a very freeing thought.

LEO: Are there any future plans for Stella?
MIB: I’m sure we’ll do that again. It’s fun for us, we enjoy doing it, there seems to be an audience for it.

LEO: As good as it was … why do you think Stella didn’t catch on?
MIB: Because it was fucking bizarre. It was fucking crazy. People did not know what to make of it, ya’ know? And I understand that. At the time, I thought people would understand it more fully; but when I take a step back and look at what we were doing … it was just fucking crazy.

LEO: In retrospect, how do you view what you all did with The State?
MIB: I’m proud of the work. I’m happy we accomplished what we accomplished. But that was a candle burning on both ends, meaning it was a big group, and it was going to implode sooner rather than later … and it did.

LEO: Any chance of a full-on The State reunion?
MIB: I think there’s always a chance. I think everybody is into the idea, and I think we’d like to do it. It’s just a question of logistics, since there are 11 of us … most of who are busy all of the time. Also, it’s hard financially because there are 11 of us … and to move that many people around, and pay everybody … all of those free lunches add up.