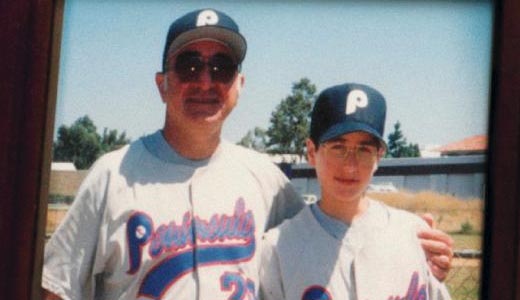 Justin Halpern’s success story has to be one of the most improbable: a 28-year-old who, after his girlfriend dumps him, moves back in with his parents, notably his 73-year-old dad. That’s where the story launches.

Sam Halpern, a crotchety and opinionated grouch who disperses insults and wisdom in equal amounts in language that would make a sailor blush, becomes a small sensation when the unemployed son begins posting the father’s pithy quips on Twitter. Soon, followers swell to more than a million. Then come the offers from publishers and Hollywood, and finally, Justin Halpern finds himself the author of “Sh*t My Dad Says” and the writer of a TV sitcom starring — no kidding — William Shatner as the dad.

Can anything be this odd? If you haven’t seen the Twitter postings, you’re missing out on gut-busting, side-splitting, raunchy humor based on an idea so simple, I’m sure numerous would-be writers are kicking themselves everywhere: “I just write down the shit he says.”

And how does the father feel about this newfound celebrity? On his Twitter site, Justin wrote: First, “What do I give a fuck? I don’t care what people think of me.” Second, “Your mom just ordered 35 copies of your book. I’m not paying for one. Fucking. Copy. Mine’s free.”

One might expect a book based on terse but hilarious Tweets to be a collection of the best jeers the father can dish out. There are plenty of those, but there also are rich prose chapters of particular incidents that flesh out the relationship between Justin and his father (a Kentucky native who misses his ball-playing son’s no-hitters for two consecutive years in lieu of Derby Day). The book evolves as a coming-of-age story, with the father a kind of crusty hero, whose wisdom is as direct and unforgiving as it is rational and compassionate. The characters of the father and son are carefully drawn so that the humor always moves toward an act of growth in the face of childish awkwardness and discouragement.

Take, for instance, the chapter “Try Your Best, and When That’s Not Good Enough, Figure Out Something Quick,” in which the young Justin brings home a miserable math grade — to a father who spent his life working in nuclear medicine. Sam’s opening bit of advice: “If you work hard and study hard, and you fuck up, that’s okay. If you fuck up and you fuck up, then you’re a fuckup.”

But as the father comes to understand that the math teacher’s bad pedagogy is responsible for the son’s failure — and other kids’ as well — he barges into class and confronts the teacher, outright humiliating him, while a mortified Justin looks on. Back at home, Sam’s tone changes somewhat: “Let’s be honest,” he says to Justin. “You’re not Einstein, but don’t let assholes like that teacher make you feel stupid. You’re plenty smart and good at other stuff.”

In the end, the father proves himself a man of integrity and familial responsibility. Need a belated Father’s Day gift? Give one to Dad. He probably needs a laugh. But do yourself a favor: Read it yourself first.