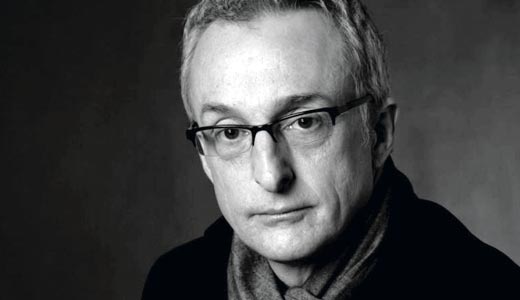 Like it or not, Facebook is here to stay. In fact, an old high school crush is about to friend you as we speak. You’re going to receive 12 invites to events you’ll probably ignore. You’re going to read trivial updates from friends and colleagues — some will make you smile, others your blood boil. Trust me, you will get poked.

Author David Kirkpatrick knows a different side of Facebook. In “The Facebook Effect,” he recounts how the social networking site started in a Harvard dorm room and grew into what it is today. Former tech editor of Fortune magazine, Kirkpatrick formed a trusting relationship with FB creator Mark Zuckerberg over the years, and he gets him to speak openly and candidly about the site’s early intentions. If you think Facebook is just a drop in the bucket of popular sites here now and gone tomorrow, take a look at these facts: The average user spends an hour a day on Facebook; each month, 20 billion pieces of content are posted; it’s the second most visited site after Google; there are 400 million active users; it operates in 75 languages; and 75 percent of users are outside the United States.

LEO: What was it about the Facebook story that compelled you to write a book?
David Kirkpatrick: Well, quite long ago, I concluded Facebook was likely to become one the world’s most important companies. I wanted to write a book about it, because I didn’t think people understood the significance of it. I had a unique relationship with Mark Zuckerberg in which he really had come to trust me for a variety of reasons, and so I had this amazing access and this conviction in this importance of what was happening there. So I took a gamble two years ago and started working on the book and left my job at Fortune, and I don’t regret it.

LEO: Zuckerberg doesn’t give many interviews … what made him sit down with you time after time?
DK: I think that to some degree, he really believes that I understand what he’s doing. And I had written about Facebook quite a few times before he agreed to cooperate on the book, so he had the opportunity to read the way I wrote about him and his company. I think he also intuitively knew he was gonna have to be better at explaining himself, and in fact, he’s pretty bad at explaining himself and why he does things. But in my opinion, he made a very wise decision to cooperate with me, because my job is explaining things — that’s what I do for a living.

LEO: Working at Fortune, I’m sure you heard stories every day of homegrown websites making it big. What was different here?
DK: One of the things that was different was a leader with a unique vision. I think he made a couple of really critical decisions early on that uniquely enabled Facebook to grow rapidly. Then he added a couple of key features and applications at moments in its evolution that just proved to be exactly what users wanted. Mark had a peculiar ability to create software that people could not stop using, and that really is still the case. He’s got some bizarrely good instincts about what people want to do, probably before they realize it themselves.

LEO: When you first heard about Facebook, did you imagine it would turn into this phenomenon?
DK: I had no expectations that it would be 500 million users in every country on the planet this soon. Honestly, by the end of ’07, Zuckerberg certainly saw Facebook on a bigger trajectory than it is now. I didn’t totally buy that, but I did think it was extremely interesting that he thought it and it wasn’t something one would rule out.

LEO: Do you think if Zuckerberg had given in to the many offers he’s gotten to buy out Facebook, it would be the same as it is today?
DK: I doubt it. Microsoft tried to come up with a way to buy it, which would have enabled Zuckerberg to obtain control for the next five years. But had they done that, I think they would have been second-guessing him, they would have been pushing him around. It’s a double-edged sword to have one person’s vision so completely predominate in a service of this scale, and I think he’s made a lot of very good decisions up until now, but I think we’ve entered a phase of history to where the risk of a misstep is substantially larger than it has ever been before. So, I think I’ll write another book about Facebook, because to watch them go from here to the next phase is going to be amazingly interesting.

LEO: Have you ever had to hide someone?
DK: Oh yeah, I’ve hidden tons of people. I’ve defriended people, although not that often, and I also have a lot of groups of friends so that I hide information about others — so that I don’t have to see everything 1,060 people are doing. I try to rigorously abide by the principle that I don’t friend someone who I don’t really know, because I really do believe it should be used to connect with people you really know in the real world. That’s the way it’s designed, so that most of those people I would recognize if they walked into a room.

LEO: Have you ever been poked?
DK: Oh sure, I get those. I like poking. I poke and I am poked.

LEO: Will you friend me?
DK: To be honest, not that I don’t like you plenty, but I would prefer not to in this situation theoretically, but my standards are flexible in these matters depending on the message you send me. But generally, I prefer not to if I haven’t met you.