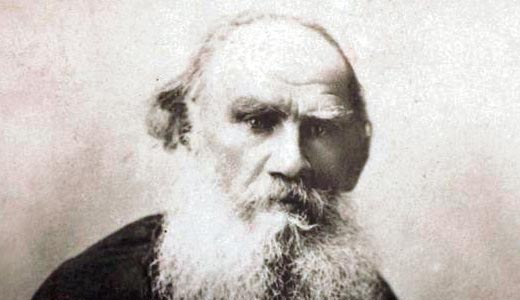 Certain works of literature are best read in the prime of life. The novels of the Bronte sisters, for instance, hold a magical power for the romantic-minded high school girl, a power that might elude the very same reader a few decades later. These books are huge hits in a particular kind of classroom.

Other works would fare better never being anthologized. They should not be included in any high school, nor perhaps even college curriculum. Classic Russian stories tend to fall into this category. It’s not youth but age that is wasted on the young.

On the day I was first assigned to read Tolstoy’s novella “The Death of Ivan Ilyich” for an undergraduate survey course that I otherwise loved, at least half of the students did not show up to class at all, and those of us who did had either skimmed it or complained bitterly about how boring it was, how long it took to slog through, even though it barely took up 30 Norton pages.

We were so wrong. But so was Norton. No one should expect a reader who has not lived life in the real world to comprehend Tolstoy. Norton ought to do an anthology that is strictly for readers ages 45 and up. Better yet would be an anthology entitled “Readings for Those Who Have Been Betrayed, Abandoned and Witnessed Death First-Hand.”

OK, OK, so there are people under the age of 21 who have been through these things, but not nearly as many. And if they have, the majority is not ready to take in the perspective brought to the subject by the Russians.

“The Death of Ivan Ilyich” is, literally, the story of a man lying in bed, dying. At its core, it is depressing. Ivan is old before his time. He hates his job. He loathes his wife. He regrets almost every move he has ever made. He realizes his entire life has been a sham. And above all, he is in pain. Constant, horrific pain. Fun, eh?

Oh, but it is. And here’s why: Tolstoy had a way of slicing right through the thick of life to get at what it is that makes the human animal human. His observations are absolutely timeless. You don’t read him the way you do, say, Dickens, and think to yourself, “That is so 19th century.” Dickens gave us great exteriors; he painted pictures — vast town and country landscapes — that will never be forgotten by his readers. Tolstoy, too, did this in his longer works, but in his last works — his four great novellas — what he gives us is the pure perception of the human mind in its suffering — the very things no one dares talk about, even in the age of televised therapy. What mean, petty, selfish, agonized Ivan Ilyich finally realizes is his humanity, his connection to all the rest of the petty, selfish, agonizing human beings.

Then, at precisely the moment when the reader needs a break from the torment, Tolstoy moves back out to give us the communal view — and to make us laugh. Here is how Ivan’s colleagues react when they receive news of his death:

“Each one thought or felt, ‘Well, he’s dead but I’m alive!’ But the more intimate of Ivan Ilyich’s acquaintances, his so-called friends, could not help thinking also that they would now have to fulfill the very tiresome demands of propriety by attending the funeral service and paying a visit of condolence to the widow.”

Who among us, no matter how self-sacrificing a Judeo-Christian-raised member of the community we aim to be, has not had precisely those two thoughts at the announcement of the death of an acquaintance? At least it’s not me. And now I’m going to have to get dressed up and go to the funeral home.

The tricks Tolstoy has up his sleeve are not the razzle-dazzle tricks of the post-modernists. He’s far more subtle than that. There’s nothing of the showoff about his voice on the page. He embraces his characters wholeheartedly without controlling or manipulating them. Centuries on, his work will continue to be a feat at which to marvel. But not by teenagers reading anthologies.