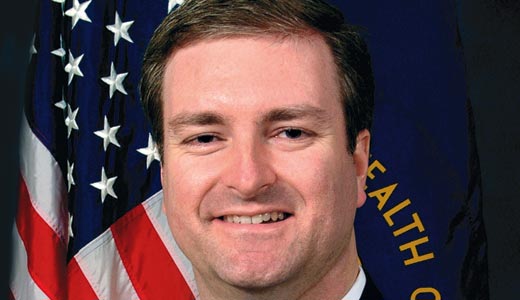 The race would test the tea party’s reach, and McConnell’s mission seemed a stretch.

The outcome would show how deftly the wily wunderkind invests other people’s money and turns their losses into his wins.

McConnell’s TV ad began with him saying, “I rarely endorse in primaries, but these are critical times. President Obama’s spending threatens to destroy more jobs … We need Trey’s conservative leadership to help turn back the Obama agenda.”

In a subsequent spot, Grayson expounded on McConnell’s rant: “I’m running for U.S. Senate because I’m fed up with the Obama agenda: massive spending, a disastrous health care plan — and deficits that will destroy jobs and our economy. Right now, Washington is arrogant, too liberal and out of touch.”

It was a summary of what his opponent had been saying for months.

Both ads perplexed veteran political analysts. On the post-primary broadcast of KET’s “Comment on Kentucky,” The Paducah Sun’s Bill Bartleman opined, “Everything he (McConnell) said, Rand Paul probably had been campaigning on and made an impact more than what Grayson had.”

Host Ferrell Wellman seized upon a larger lapse when he asked the panel, “Did anybody sense a reason for people to vote for Trey Grayson other than he was a Republican who would oppose Obama?”

The weekend before the election, Grayson’s deficit remained too deep even for McConnell to feign optimism. On “Meet the Press,” host David Gregory called him out: “You’re suggesting that your efforts to help Trey Grayson have not paid off. You expect Rand Paul to win?”

“No,” McConnell replied. “I don’t know who’s going to win. I hope it will help.”

But McConnell’s involvement in the shift to demonize Obama gave Paul relief from steadfast attack ads against his strange, dangerous ideas.

Inasmuch as the two commercials, which vilified Obama, raised the president’s negatives in Kentucky and neighboring states, they advanced McConnell’s agenda to take control of the Senate and become majority leader.

But Grayson would never suspect the GOP father of such a sinister, selfish scheme. “He stayed by me throughout this campaign,” Grayson told reporters on election night. “And at the end, when it was tough, when the polling data wasn’t going really well, he stood with me and helped me, gave me some good advice … He showed me a great deal of loyalty.”

Later that night, Democratic nominee Jack Conway, Kentucky’s attorney general, addressed Grayson from afar during his acceptance speech: “You’re a good and decent public servant and I hope you stay in the game and I think the world of you.”

Conway’s tribute was more than a platitude. It could have come from anyone else in Frankfort who knew him as a practitioner of efficiency; an advocate of transparency; a champion of education with an emphasis on civic literacy; a promoter and product of the Governor’s Scholars Program.

Nevertheless, there’s no shortage of compassion for Grayson. He was the victim of time, place and multiple conflicts, one of which bitterly pitted his two mentors against each other in December of 2008, when McConnell told Sen. Jim Bunning he was too old to seek another six-year term and muscled him into retirement.

Bunning, months after encouraging Grayson to form an exploratory committee for a campaign to succeed him, endorsed Paul — which hurt Grayson personally because his father was a longtime friend and major donor to Bunning. That endorsement and the rift between the senators split the party and hurt Grayson politically.

At a GOP unity rally in Frankfort the Saturday after the primary, Grayson was choked with emotion as he fulfilled his pledge to support the nominee. Rand Paul was remarkably reticent; the maverick had been muzzled by McConnell after a fit of reckless rhetoric ignited a firestorm.

The Democrats have their own unity issues after a punishing primary. Within six years, Dr. Dan Mongiardo narrowly lost two bids for Bunning’s seat — first to Bunning and then to Conway.

Each campaign must have felt like cramming medical school into an election cycle and emerging without a doctorate. Whether Mongiardo, the lieutenant governor, will support Conway remains as clear as the mud they slung at each other. If Mongiardo wanted to show his good will, he might publicly request the withdrawal of the ethics complaint he filed against Conway late in the campaign.

But it’s complicated. Mongiardo certified the complaint under penalty of perjury.

And his renunciation wouldn’t terminate an ongoing investigation. “You can’t unring the bell,” Dana Nickles, general counsel for the Executive Branch Ethics Commission, tells LEO Weekly. With due cause, “The commission has the ability to open an investigation on its own motion.” Indeed, that’s how most probes begin.

If truth is the first casualty of bloody politics, then party unity is the second. As Mongiardo learned from Gov. Steve Beshear, endorsements can amount to little more than lip service. Their relationship suffered last year, when the lieutenant governor was caught on audiotape saying, “It’s like being married to a whore. What can you do?”

But unless he’s ready to retire from politics, he’d be wise to reconcile with Conway. Otherwise, his future would be burdened by the baggage of a bitter grudge.

For now, Conway must feel saddled with a borrowed mule. What can you do to move forward?

McConnell is struggling to domesticate an equally stubborn mammal who seems intent on running amok. Former President Bill Clinton once noted, “Democrats like to fall in love and Republicans like to fall in line.” But Rand Paul seems disposed neither to love nor alignment.

Although McConnell may have reined him in temporarily, it’s a long road from now until November — and Paul, a term-limit proponent, has a penchant for pronouncements that upset entrenched Washingtonians. “The longer you’re there, the more you succumb to power, the more you think you are somehow different or more important than the rest,” he told The Washington Post.

The 68-year-old McConnell could serve one more full term before he turns 77, the age at which he declared Bunning too old to run.

Nothing less than his legacy is at stake as he faces a twilight of delicate balances and multiple migraines.

Since diversity is surging in America, he must accommodate angry white men and happy brown women.

It might serve him well to rescue his reputation by stifling his obstructionism. Stories of his pompous ploys are reaching folkloric proportions. In “Weakening America: Mitch McConnell Shows How,” The Atlantic recently chronicled his latest destructive foray: a parliamentary pissing match to delay confirmations of more than 80 federal employees.

He must become as willing to hear “no” as he is to say it. “He doesn’t like people that say ‘no’ to him,” Bunning told CNHI’s Ronnie Ellis two years ago. “He’s a control freak. He likes to control everything that happens.”

If the tea party is a sustainable movement, McConnell must seat the far right at his table or risk finding his name on the menu. If it’s merely a mad fad, he can squeeze it for what it’s worth until it withers.

At least for the near term, “It’s an important movement in the country,” he told NBC’s David Gregory, “and I think it’s really going to help us in November.”