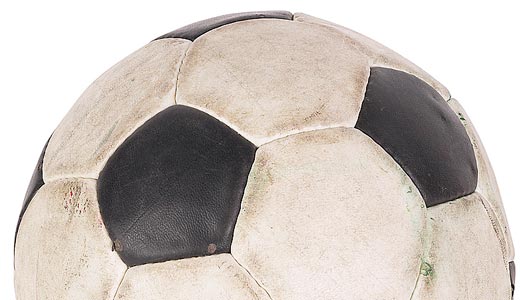 I’ll admit I’m a little late to the game with all this soccer hoopla. I realized this when I wandered into Big Blue Country — the new Kentucky Wildcats bar where the Brewery Thunderdome used to be — on Saturday. Grown men were wearing American flag capes and blowing an obnoxious horn that sounded like fine-tuned acoustics from a restroom the morning after a night of White Castles and PBR. From what I observed, good-looking players were chasing a ball up and down a field trying to score. Which didn’t happen often. Sounds a lot like my college days. Every time I got close to netting my fortunes, so to speak, I got cock blocked by some douchebag with fuzzy mittens. Either that, or an inexperienced ref would blow the whistle on my advances. You can get to third base without touching first, trust me.

But anyway, team USA is out, but the game continues to fill up bars in early afternoons — which I happen to be a fan of. I no longer have to drink a bloody mary in solitude … 50 people, although loud and rowdy, are keeping me company watching men sweat, grunt and kick the shit out of each other’s shins all in the name of world unity.

This premature undulation of heat has made me cranky and thirsty. But the other day, I found temporary relief in the form of 12 sweet ounces of Leinenkugel Sunset Wheat and Summer Shandy. Well, 12 ounces times six bottles — you do the math. The Sunset Wheat, which I had on tap at Browning’s, tasted like a slimmed-down version of Blue Moon. It had an orange taste but wasn’t as heavy, like Oprah circa 1999. My girlfriend claims it tastes like Fruity Pebbles in liquid form, but the last time she had anything with high-fructose corn syrup in it, Chelsea Clinton still had braces. Somehow she’s a fan of the Summer Shandy, a mixture of beer and lemonade that is so sweet, it makes Kool-Aid look like green tea. Both are better served on draft with a slice of lemon or orange. If you catch one on tap, let me know where it is. I’ll bring the Fun Dip.

There’s a free brewfest on Friday, and it’s for a good cause. The Louisville Independent Business Alliance (LIBA) is hosting its second annual brewfest this year at the Mellwood Arts Center. If you attended last year’s fest at the Clifton Center, you might remember a much too crowded house and beer taps that were empty after an hour. The organizers assure me that this year they’ve worked out all the kinks and believe the larger space at Mellwood will keep all the thirsty attendees happy and content. The brewfest is free, but you have to purchase $1 beer sampling tickets at the door. There will also be food and wine … and live music from Midnite Sons, Hand Brigade, Dallas Alice and The Ladybirds. Participating brewers include Bluegrass Brewing Co., BBC Taproom, Cumberland Brews, New Albanian Brewing Company, Browning’s, Falls City Beer, Kentucky Ale and Riverbend Winery. The beer pours from 4-10 p.m., and for more info, go to www.keeplouisvilleweird.com/beer.

Send ur drunk txts 2 [email protected]. Check out my daily reasons to drink at barbelle.leoweekly.com