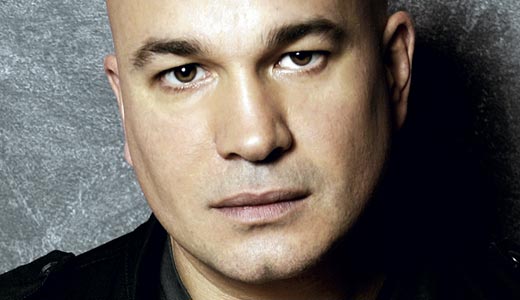 Robert Kelly is one of the busiest comics on the circuit today. Hailing from Boston originally, Kelly cut his teeth in the ruthless comedy scene there before setting off on the road to spread his sometimes sick and twisted, but always clever, brand of humor all over the world. He has appeared on “The Opie and Anthony Radio Show,” as well as “Tough Crowd with Colin Quinn.” He also was one of the featured comics on the HBO documentary series “Tourgasm,” alongside Dane Cook, Gary Gulman and Jay Davis. He nabbed the opening act on Dane Cook’s sold-out ISolated INcident Tour last year, which had him performing at major sports arenas across the country. He will be seen this June on the new FX comedy series “Louie” with Louis C.K. For more information on Kelly, his comedy and upcoming projects, check out www.robertkellylive.com.

LEO: Is comedy the only job you’ve had as an adult?
Robert Kelly: Yeah … well the first eight years or so I had other jobs and shit. I delivered flowers, I was a waiter, and I worked with juvenile delinquents … I did all of those jobs at one time. And then I’d run and do comedy at night.

LEO: Do other comics inspire you?
RK: It’s the guys I know that make me want to be better. Being in this circle that I’m in, you have to force yourself to be better, to keep your shit together, and keep progressing as a comedian. I look at guys like Colin Quinn and Jim Norton and Patrice (O’Neil), and those are the guys I’m looking at and goin’, “Fuck, man.” They’re always stepping their game up. I don’t know Bill Cosby, I mean yeah, I love Bill Cosby, but is he inspiring me? Fuckin’ no. I love Pryor, but I don’t know those guys.

LEO: What is it about Boston that makes it such a good breeding ground for comics?
RK: In Boston … well no one really takes anybody’s shit. You can’t be a phony or a fraud, cuz people will tell you to go fuck yourself … or you’ll get beat up. The crowds are fuckin’ blue-collar people, they’re regular motherfuckers who aren’t dumb … but to them, funny’s funny.

LEO: How is it that comics like you, Jim Norton, Greg Giraldo and Dave Attell can take the audience to very dark places, and still let them laugh about it?
RK: I don’t think it’s up to us, man, it’s up to you. I don’t think we’re trying to make you laugh; we know the formula on how to make somebody laugh, but we’re putting a spin on whatever our truth is. It’s just ridiculous honesty. That’s why “shit humor” is funny, people put it down, but the reason a “shit joke” or a “dick joke” will never die, is because it’s forbidden to talk about. You don’t talk about shittin’ your pants … but it’s happened to everybody.

LEO: Do happy people become comics?
RK: I don’t think you can really do this without bein’ fuckin’ nuts. The people who are outwardly crazy, you can see it, or they’ll express it; they do drugs and drink and bang hookers, just a crazy fucked-up lifestyle. Some guys are sober and got their shit together, but are still just tormented, like me and a bunch of people I know. But at least we’re honest about it. Then there are people who tend to be like “everything’s cool, everything’s awesome” and they’re completely tortured inside. I think all comics are fuckin’ nuts. I mean, think about what we do … “Yeah, I wanna go on stage in front of a bunch of people I don’t know and make them laugh.” For what? Ya’ know what I mean? For what? And for the first seven years you do it for nothin’ … for sheckles. My whole 20s were evaporated by this fuckin’ business.

LEO: You went to Iraq on a USO tour, what’s that like?
RK: It’s a fuckin’ time machine, bro. People living in mud houses … shitting without toilet paper. It’s crazy … it’s nuts. But I would go back as many times as they would have me back. And I would love to go to Afghanistan, because there’s nothing better than a show for the troops. The troops are the best audience ever, because they get nothing. They’re living in shipping containers turned into apartments. It’s a 120 degrees in the summer, and they’re all over there just because they were told to fuckin’ do it. So when you go over, they haven’t seen live entertainment in a year … and they mean a year; try staying in for a week and not going anywhere, and not watching any TV, and not doing anything. You’d fuckin’ lose your mind.

LEO: Is there a point when you see yourself not on the road?
RK: Absolutely, dude. Jerry Seinfeld said it the best, some guy asked him what was the best part of having $250 million? And he said, “Having the ability to say no.”

LEO: What was your worst gig ever?
RK: It was a college right between Westchester and Buffalo … which is terrible; the only reason I can say that is because I lived up there. It was in the afternoon, after a band, outside, in the rain, next to a skydiving simulator, at a beerfest. Yeah, every five minutes you’d hear a jet engine go off and there’d be some screaming, floating kid right next to me.

LEO: With “Tourgasm” five years behind you, do you feel like 20 shows in 30 days, in the long run, hurt or helped your relationships with the other three comics on that tour?
RK: Look, I’ll always have a bond with those three dudes. That was some epic shit … that was crazy. First of all, it had never been done before with comics, “The Comedians of Comedy” and “The Wild West Comedy Show,” all of those that were done in the same vane … were done after it. That was the first show that said, “Let’s take a bunch of comics out on the road, and see what happens.” But where the show went wrong was they didn’t really show comics in a real light … it was produced a little bit. Look, everything that was in there was real, nothing was faked, but if you watched comics being comics, you’d be bored to death. We sleep all day, we get up and we eat, we bust balls, and then we do a show, and then we play video games, and then we go to bed; it’s very lame. So we had to do all this other horseshit, and we did it, like mini-golf, and sky diving — because you’d literally slit your wrists otherwise.

LEO: How do you perceive the backlash that your friend Dane Cook has experienced in the media since then?
RK: When you become that famous, people hate you. That’s just the way it is. You can’t have fame and success without failure and people hating you. Fifteen years ago, you didn’t know your haters existed because if they wanted to get to you they would have to write you a letter. He was number No. 4 on the Billboard charts, I mean what are ya’ gonna do? You’re the biggest comedian in the world, and yeah, people are gonna fuckin’ take his shit apart … and just fuck him. It’s hilarious. In my eyes, I get it; it’s like take the hits and keep on goin’.