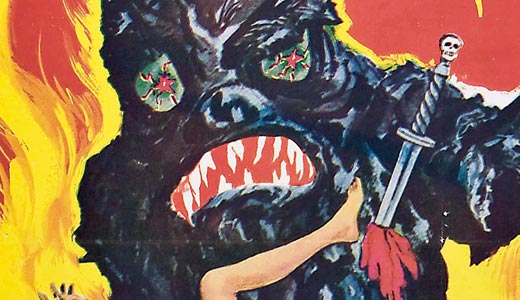 At this tedious moment in history, we’d like to thank all the little people — insignificant ants, really — who’ve made The Video TapeWorm what it is today: “The world’s largest-smelling guide to video.”

First, thanks to John Yarmuth for recognizing the burgeoning talent and complete lack of financial skills that make us such valuable pieces of furniture around here.

Then there are the editors. We’ve buried three of them in the past 14 years. The latest, Sarah Somebody-R’Other, will knock people down trying to make the doorway when we enter a room. To one and all: Thanks for leaving.

A special thanks to founder and Vermiculatus Emeritus of The Worm, Dave Conover. It was his hard work, leadership and constant sense of humor that led us into this mess. A furry-faced encyclopedia of pop culture, Dave had the good sense to get a real job two editors ago, leaving us as blind idiot gods dancing to a monotonous flute in the darkness. Today he stays busy making Louisville’s annual WonderFest the wonder that it is and writing dense, heavily footnoted books on unmade films while prostrating before a shrine to J. Fred Frog. (He’s available for speaking engagements and children’s parties.) We miss him.

For those who care: The Worm started as “The Sinister Urge,” a free, self-published movie-and-pop-culture “zine” in 1995. Surviving copies of Issue 1 have fetched as much as 3,500 Kroons on eBay, and while only a scant few issues were published, it was nonetheless praised by our buddy Vince Staten in The New York Times. That led to this damn LEO gig, where they joyously marketed our wares to other indie papers from Hawaii to Maine. We’re still waiting to get paid for all that. (They did let us sleep with the Bar Belle, but that’s for another time.) Our shining achievement was franchising a worst-cable-movie-of-the-day feature to TVData, which publishes those listings you find in the C-J’s TV pullout section. They lost their shirts, and we hid from creditors in the one place where no one would ever look (LEO). For more useless information, check out www.VideoTapeWorm.com/aboutus.php.

Finally, to all the fans who have read our crap over the years: Thank you. And if you’ve visited our website, asked for free stuff or decided not to press charges: God bless you! As a special treat, here’s a reprint of our first-ever LEO piece, published Aug. 30, 1995, in an asinine cable-TV feature that editor Joe Grove called “TV Weak”:

FROM HELL IT CAME (1957):
The 1950s were known for many things, but great movies wasn’t one of them. Movies like this are the reason why. A group of South Sea islanders wearing tablecloth skirts hammer a knife into their pale-skinned prince. He returns the favor by coming back from the dead as the walking tree monster Tabanga. Does that make him the tree monster formerly known as Prince?

You haven’t seen wooden acting until you’ve seen someone try to be a menacing tree. While the costume by ’50s suit-meister Paul Blaisdell is a real nightmare, the actor inside cannot bend at the waist, turn his head or walk faster than a waddle. Some of the best scenes are of the vengeful viburnum struggling to stay upright as he shuffles furiously toward his victim. The Oscar, however, goes to the victims for finding creative ways to accidentally back into his waiting arms. And, yes, his bark is worse than his bite.

Viewers should be warned that Tabanga still has the execution dagger sticking out of his trunk, making it impossible to resist yelling, “Look, he’s got a woodie!” as the action builds. By the end of the film, the big log, having made a complete ash of himself, stumps his toe and falls into quicksand, where he can’t root his way out.

We’d better branch off to something else and leaf this one alone before we make complete saps of ourselves — but not before saying you won’t be board watching this one!

Reads like Shakespeare, don’t it? Since that day, we’ve written, stolen or endlessly recycled reviews on some 12,000 movies, despite having actually seen almost none of them. (Don’t try this at home, kids; we’re what you call “professionals.”)

So be sure to watch for us five years from now. It’s a fair bet that we’ll recycle this piece again for LEO’s Silver Jubilee and pocket a quick fiver. Hey, nobody ever became a writer because they like to work.