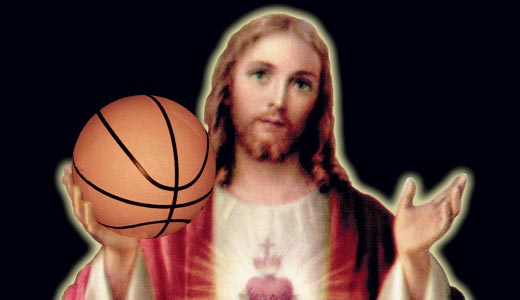 In the span of 20 years, an upstart alt-weekly with a notorious Dave Barry fetish has managed to write about things that matter and, subsequently, piss off a lot of people in the process.

What follows is a list (in no particular order) of stories that have generated ample public discourse, be it in the form of thoughtful letters to the editor, reactionary phone calls or loving bags of dog shit set ablaze on our doorstep.

Connecting the dots can be a risky undertaking, and Steve Shaw’s cover story about wealthy “historical preservation” group River Fields’ obstruction of the East End Bridge offers a prime lesson: Less than 24 hours after the issue was distributed, LEO was bombarded by calls that someone — or something — was stealing them by the arm-full from racks across the city.

“The first report alleging River Fields’ officious behavior arrived early Thursday,” wrote then-editor Stephen George in a Nov. 18 column. “Upon hearing of it, News Editor Sarah Kelley and I headed toward the river to search for proof. We discovered several empty streetboxes near the group’s headquarters, an unusual thing for a Thursday. We checked with nearby businesses and listened to reports that LEOs had been disappearing at an alarming rate.”

The story of the pilfered LEOs became just as sensational as Shaw’s connection between River Fields and their anti-East End Bridge, old money power-base.

In a town with close to 140,000 Roman Catholics — and with one in three Louisvillians identifying themselves as Southern Baptist — graphic artist Gina Gentile’s cover illustration of Jesus Christ holding a basketball was bound to upset a few pious sports fans.

“Only Satan could have caused you to allow this artwork to desecrate the image of The Son of Our Heavenly Father,” explained Mark R. Ohlmann in a letter to the editor, adding that he would pray for LEO’s staff.

Good thing Mr. Ohlmann didn’t see the other image Gentile concocted, which was the cover of that issue’s special March Madness insert: an image of Christ wearing a rainbow wig and holding a “John 3:16” sign, which read “for God so loved the world that he gave it a silly little basketball tournament in the third month of the Julian calendar …”

Former publisher John Yarmuth defended the cover as a criticism of sports fanaticism, not religion, but apologized for it in a column printed two weeks later.

“… Everyone at LEO (is) sorry that some were offended by the cover in question,” concluded Yarmuth. “They meant no offense, but they will probably do it again.”

Despite its recent reincarnation as “Possibility City,” Louisville has long been a place where money (and lots of it) talks loudest. Nowhere is that more true than with the pre-merger Louisville and Jefferson County Planning Commission, which a series of LEO articles skewered as a haven for wanton corruption.

Writer Gail McGowan Mellor exposed the machine politics of land-use planning and its more-than-cozy relationship with local politicians, wherein “pay for play” was the order of the day, and questioned the commission’s flimsy ethical fortitude.

“Developers believe they have to make political contributions to get fair hearings for their projects,” Mellor wrote. “Citizen groups believe their interests don’t get fair hearings at all. They think developers’ money counts more than their votes, and that planning procedures are designed to silence their voices.”

The Courier-Journal picked up on the story a week after Mellor’s piece was published in LEO, and the coverage resulted in an amendment passed by the Kentucky House of Representatives that prohibits planning commissions from raising money for “friendly” political campaigns.

Eighteen years ago, Louisville’s LGBT community fought their first battle in what would be a long war against intolerance — setting the tone for a decade fraught with sit-ins, marches and high-profile homophobes like Frank “I Lost My Hair Worrying ’Bout The Gays” Simon, a local conservative activist.

Original LEO columnist Beverly Spitzer reported on the contentious 1992 Board of Alderman vote that shot down the city’s first attempt at a Fairness Ordinance, cutting through the TV-news bullshit that portrayed fairness advocates as “hysterical, dangerous rioters,” while providing context for the outrageous 4-8 vote.

“Outside … amendment advocates were linking hands,” Spitzer recounted. “This was the group who would supposedly riot if the amendment lost … The crowd had swelled alarmingly during the vote; about two hundred additional proponents milled about, filling the lawn across Sixth Street and spewing out onto Jefferson. They outnumbered their opponents five to one. If a riot had started, they could’ve crushed their opponents like ants, yet they were the peacekeeping force.”

It would take seven more years before the aldermen would finally disagree with anti-gay fearmongers like Simon and pass the Fairness Ordinance.

A year before the aforementioned Fairness Ordinance was enacted, Alicia Pedreira was fired from her job at Kentucky Baptist Homes for Children (KBHC) for having the temerity to be photographed with her lesbian companion, Nance Goodman.

A co-worker of Pedreira’s filed a formal complaint after seeing the photo at the Kentucky State Fair photography exhibit, arguing that her presence was “sending the wrong message to the kids.” It didn’t take long for the institutional homophobia at KBHC to travel up their chain-of-command, and Pedreira was fired within a month’s time.

The resulting story, written by longtime LEO writer Michael L. Jones, sparked outrage throughout the city on both sides of the political fence, detailing the incident in terms of its civil rights implications as a “white collar hate crime.”

Then-editor John Yarmuth weighed in on the subject in a Dec. 9 editorial, wherein he advised Pedreira to sue KBHC for breach of contract, condemned the local political establishment (Abramson, Armstrong, etc.) for remaining silent, and predicted that her unbelievable treatment would pave the way toward the Board of Alderman adopting the Fairness Ordinance.

Three months later, they did just that.

What can be said about this man, whose long-running column “Plain Brown Rapper” relayed the predilections of a self-described manic-depressive to an audience that either loved or hated him?

His eccentric eye caught everything from the necessity of a bridge in the East End (in 1996!) and the pitfalls of a potential city-county merger (in 1994!) to the benefits of colonizing other planets and what it’s like to be homeless firsthand (he was kicked out by his landlord in ’98).

According LEO lore, Brown asked if he could do an exposé on prostitution in Louisville, with LEO covering his “expenses.” Although Brown’s pitch was rejected, an Aug. 20, 2003 column describes an encounter with a South Beach trick-turner thusly:

The most hilarious hooker happening took place at 5 a.m. A knock on my hotel door. A beautiful twenty-something beauty with brown skin practically barged into my room. The lady of the evening grabbed me in the nether regions. She squeezed.

“But I thought you wore glasses,” the prostitute said, as she aggressively and inexorably stripped me of my clothes and asked me for money.

Then she faded into the night like a crow.

If Louisville is a city that draws strength from her many and proud neighborhoods, then a cover story on oft-neglected Portland was predetermined to cause an outcry.

Staff writer Jonathan Meador’s account of bureaucratic indifference and decades of infrastructural decay west of Ninth Street prompted a barrage of calls and e-mails both praising and condemning the story, with some readers threatening to boycott the paper entirely for what they felt to be racist, hackneyed prose.

The story’s most visible lightning rod concerned the history of racism in the West End and, by extension, in Portland. Some residents agreed with Meador’s portrayal, whereas others felt he had missed an opportunity to tell a story of integration, among others.

“That old pattern threatens to rear its head again,” he wrote. “Ignore, rinse, repeat — and cutting past all the racial bullshit, anything planned for Portland, and by proxy for the West End, be it a project for blacks, whites or both, will simply not happen unless there’s federal money subsidizing the investment or McDonald’s has decided to further compete with itself.”

Multimedia personality Dawne Gee “was sitting on top of the world, or at least on top of Louisville,” when the former radio announcer-turned-TV star was fired from her part-time gig at the Kentucky Lottery after alleging a co-worker had sexually assaulted her.

LEO reporter Jennifer Recktenwald scooped the story, chronicling the life-changing ramifications of sexual assault as well as the wild lengths to which Gee’s former employers went to in an attempt to discredit her in court.

“During one deposition,” wrote Recktenwald, “former Lottery President Brian Potter stated that a partial reason for firing Gee was … her manner of dress, which he said was far from modest.” Too bad for Potter that Gee possessed video evidence proving otherwise.

Gee’s legal battle became one of the first local cases taken up by the regional chapter of the National Organization for Women.

“Every woman who’s been harassed has a duty to come forward,” Gee told LEO back in ’94, “otherwise, like rape was before, it’s going to be something that’s not talked about. It’ll destroy your life if you let it.”

When staff writer Phillip M. Bailey interviewed Metro Auditor Mike Norman to discuss executive impediments to an anonymous ethics hotline for city employees, he didn’t know he’d later be accused of lying by Norman, who attempted to deny his on-the-record criticism of the Abramson administration in a letter to the editor the following week.

“The article is misleading as to my actions regarding a hotline for Louisville Metro Government,” Norman wrote. “For the record, at no time have I ‘urged the city to adopt an anonymous tip line for city employees.’ I have not made recommendations for a hotline that ‘repeatedly stalled out in the mayor’s office.’”

Fortunately for Bailey, his digital recorder prevented Norman and hyena-like officials from the Abramson administration from successfully crying foul over Bailey’s accurate portrayal of institutional corruption. WAVE-3 even picked up the story, which occurred in the wake of an equally scathing Metro-wide audit by State Auditor Crit Luallen.

Unfortunately for Norman & Co., Bailey hammered away at the issue for the next two weeks, essentially making the administration look like a gang of crooks and liars.

For most Louisvillians, the issue of mountaintop removal mining remains an amorphous one that occurs out of sight and, as the saying goes, out of mind.

Former LEO editor Stephen George traveled to Perry county to witness firsthand the destruction of Eastern Kentucky’s once-lush landscape, bringing home to the River City a glimpse of the consequences of our urban standard of living.

“In the Louisville area,” then-freelancer George wrote, “we complain about LG&E hiking prices another 15 percent, outraged that our heating bills are peaking well over $100 for modest-sized apartments. The disconnect between our city lights flicking on at the touch of a switch and a headwater stream being buried by a valley fill in Perry County is profound. Yet the two are inextricably linked: Energy comes from somewhere, not just the wires in the walls.”

George’s piece introduced the largest city in Kentucky to its largest problem, which was controversial in the sense that city alt-weeklies generally don’t cover stories, in-depth, beyond their city-limits.

Then again, LEO has always had trouble keeping its mouth shut when bullshit abounds — just ask the subjects of the stories on this list.