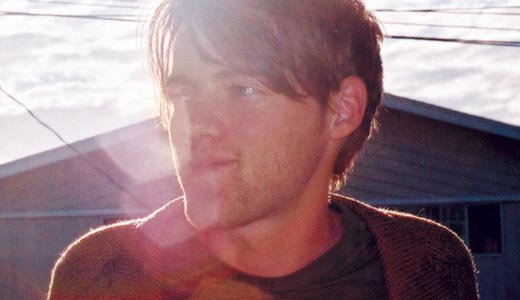 Matt Cooper, a.k.a. Eluvium, scored the recent film, “Some Days Are Better Than Others,” starring The Shins’ James Mercer and has been asked to record for “Elizabethtown” director Cameron Crowe’s imprint, Vinyl Films.

Soundscapes trapped inside Matt Cooper’s head have slowly been seeping out over the airwaves ever since the Trinity High School graduate relocated to the Pacific Northwest a decade ago. Settled in Portland’s fertile independent music scene, Cooper wiled away months on a four-track, creating expansive, keyboard-based instrumentals at his home studio, Watership Sounds.

“The process of how I do things is much more trial and error for me, messing around with different sounds and loops, being able to have all the time I need to do that,” Cooper says.

He found a willing ear in another Louisville native, Jeremy Devine, founder and owner of New York’s Temporary Residence label. In tandem with the release of Cooper’s work — An Accidental Memory In Case of Death, Talk Amongst The Trees and Copia, to name a few — Cooper’s live show found favor in larger audiences thanks to prime touring slots with labelmates Mono and Explosions in the Sky. Yet, either because of scheduling or previous engagements, he never found time to perform in Kentucky.

Wednesday, May 26 is the long-overdue homecoming for an artist every bit a part of Louisville’s post-rock history. His newest, Similes, finds Cooper showing the vocal chops he’s always had but kept under wraps.

“When I was sort of approaching the lyrical content in the first place, I wanted to display a robotic-ness about its delivery, keep it rather monotonous to help get the message across,” he says. “The concept of verse-chorus-verse structure is something new for me to play around with. I look forward to doing something like it again. It’s just an educational thing for me.”

Now, the almost-famous are noticing Cooper’s methods: “Elizabethtown” director Cameron Crowe asked Cooper to record for his label, Vinyl Films, and he scored “Some Days Are Better Than Others,” which stars The Shins’ James Mercer and Sleater-Kinney’s Carrie Brownstein, and was directed by Matt McCormick. Cooper says film scores offer him a chance to focus his energies on matching the aural with the visual. “I know a lot of people say that writing for scores can be difficult, but I think it’s easier having a specific visual cue and something emotionally resonant.

“Working with Matt in particular, he was saying, ‘Do whatever you want to do. I don’t want to have you doing more than what you would be doing anyway.’ It was different trying to relate an idea and have it being a very specific amount of time that you can get it accomplished. If I come up with something that sounds nice and can’t fit it into the scene, I usually just have to decide to come up with something else instead.”

Joining Cooper on his five-week North American tour will be Louisville native and former high school classmate Eric Macey, with whom Cooper collaborated on the Temporary Residence’s Travels in Constants series, and Charles Buckingham, who appeared on Eluvium’s side project, Concert Silence.