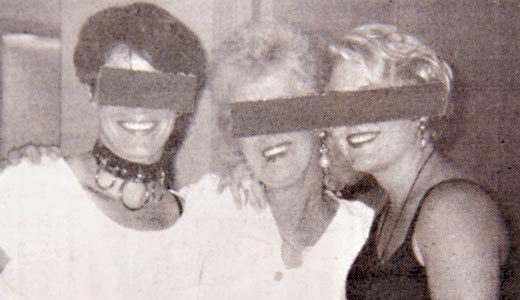 After 13 years in Los Angeles, I made it back home in one piece, although some would argue that point. I landed in rural Kentucky to spend time with my recently widowed mother and enjoyed weekend jaunts to Louisville, revisiting my favorite places — Cherokee Park, the Back Door, ear X-tacy.

The riverfront was suddenly gorgeous, the original Tewligan’s was gone, Frankfort Avenue and Bardstown Road had blossomed with countless restaurants, and some of the finest original music in the country was being written and performed by the usual suspects and a stream of newcomers.

And I soon began stumbling upon this new paper spread out on coffee house and nightclub tables: LEO. The product was free and so was its spirit.

I knew it was time to hit the highway north to Louisville. To quote Buffalo Springfield, “Something’s happening here.”

I’d enjoyed having my first bylines in the late, great L.A. Reader. When it died, as many weeklies do, I became a regular contributor to the L.A. Weekly, the venerable Hollywood Reporter and a handful of others.

I was in tune with the alt-weekly way of life in the mid-1980s, tackling music blurbs, dining notes, concert reviews and various interviews in the arts/entertainment genre. I eventually started a column that blended all those elements called “Gut Reaction.”

The Q&A format, conducted over a meal, had the potential to entertain readers while promoting the subject and the restaurant. I enjoyed feeding a few heroes, salad for Buck Henry and a patty melt for David Lynch.

It was a gentle poke at the snooty genre of food critics — putting my guests to task reviewing the meal and the service — but it had a flavor all its own. The column made it with me back to Louisville and found a new home at LEO.

By 1992, I was bound for Kentucky. The Internet was new, and I had an IBM Sharp portable computer with a DOS drive and a box of floppy discs to maintain myself as a scribe.

And so I peddled my wares as a contributor to this frisky new rag LEO.

Its predecessors, City Paper and MainStreet, had left a decent blueprint for the demographic that would make us all “eccentric observers” with this new brainstorm. What the founding fathers of LEO put together had the right amount of edge and a lot more cash.

First, I would have to meet editor and co-founder John Yarmuth. It was almost spring in 1994. Self-assured with my experience and comfortable in his presence, I sat in front of his desk and spun my story. I wanted to find an appropriate forum for my column, “Gut Reaction,” or any chance to do feature writing.

I found Yarmuth to be a gentle and accommodating soul, although the interview was a little different. Through most of our banter, he crumpled sheets of paper and shot them across the room to an awaiting trash receptacle.

At one point, he growled as the paper ball bounced from the rim and rolled scoreless across the carpet. This was before I knew what a fan of golf and hoops Yarmuth was, and it made sense later. I finally broke my train of thought and asked him if the crumpled papers were résumés from other writers and hoped mine would not end up in File 13 as well.

He laughed and stopped his game. That’s when I first witnessed those flashing dark eyes and wide smile. It was a date. The editor would be my first dining guest to test-drive “Gut Reaction.”

The LEO office was at St. Matthews Station back then. The aroma of old-school wax rollers and sounds of blue-line flats filled the production rooms. John and I walked across the railroad tracks to dine at Rick’s.

After that lunch, “Gut Reaction” ate its way through Louisville restaurants with an array of notable dining guests. If you could talk with your mouth full, you were in. A few highlights:

• Discussing the origin of cole slaw with Bob Edwards

• Scaring frat boys at Hooters when I dined with two dressed-to-kill dominatrixes, bringing the servers to shame

Over the years, the near-futile efforts of my editors to tame my verbosity and correct spelling and syntax have never gone unappreciated. Their patience and the platform have supported local writers with varying degrees of experience and a myriad of voices with an opportunity to share.

I was in the good company of journalists with master’s degrees and others who were simply masterful. Thanks, LEO, for having faith and giving me room to do my thing, and, of course, happy 20th. I’ll buy you a drink … next year.