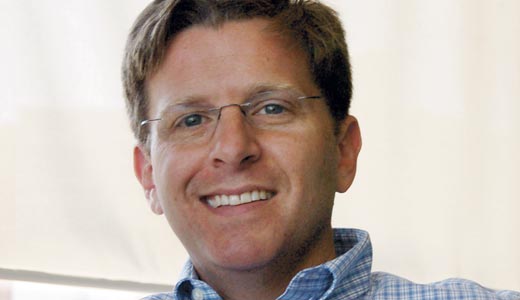 I’ve always been told not to discuss religion or politics in a bar, which means I pretty much avoid the subjects altogether. Sure I vote for the president, but I also bet on the Derby — they’re both games of chance and are more about luck (and money) than skill. So when it was brought to my attention that we’d have to elect a new mayor in Louisville, I was blasé. I care about bridges and taxes and potholes as much as the next resident, but I’m afraid that if I start to become involved (i.e. miss happy hour for a rally) and my candidate doesn’t win, I’m going to be as disgruntled as I was when Bush bought the presidency.

But that all changed two weeks ago when a mayoral candidate broke through my fourth wall. A group of us were huddled around a table at the Back Door for happy hour, discussing important matters like “Lost” and the reopening of Old Hickory, when Boy Wonder, aka Tyler Allen, pulled up a seat and joined in. He assimilated quickly. He ate our chicken wings and washed them down with a Rolling Rock or two. It didn’t matter that the bird legs were room temperature. This man was hungry, and he had a hunger in sharing his views with us, which I let him do after he answered One Important Question: Journey or Styx? He said Journey, of course, to which I smiled and said, “As you were.”

Here are more reasons why I’m voting for Tyler Allen.

When you are mayor, will you:

BB: Give me the keys to the city (which I have yet to get from Jerry)?
TA: I think I’ll be holding onto the keys … I’d be happy to let you in anytime if you know the magic word.

BB: Bridge the gap between Budweiser drinkers and craft-beer snobs?
TA: Can’t we all just get along? I am a uniter, not a divider. Perhaps a bit of beer diplomacy like the president did last year.

BB: Name a road or manhole after me?
TA: I’m already looking into it. Getting pricing on having your likeness stamped on a manhole cover … maybe all manhole covers.

BB: Issue me a Get Out of Jail Free card?
TA: I believe in tough love. Don’t be looking to me to bail you out. Behave!

BB: Do the best job you can do?
TA: I will work every day to ask different, tough questions to move our city forward. I will make sure we challenge the way things have always been done. I will stand up for people in all parts of our city. I will look everywhere for big ideas that will help make this city the best it can be.

On Sunday, Flanagan’s is opening a porthole to beer around the world. For three short hours (3-6 p.m.), more than 50 breweries will provide samples of their pride and joy at the second annual Great Flanagan’s Beer Festival. Brands represented include Rogue, Magic Hat, Abita, Shiner, Spaten and more. Tickets are $40, and you’ll want to stop by Flanny’s (934 Baxter Ave.) this week to pick them up, because they’re going fast. Call 585-3700 for info.

•hes a fartist, his work stinks.