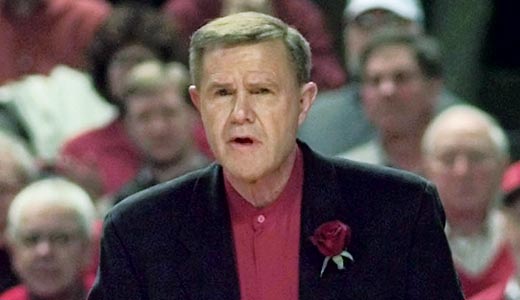 When LEO hit newsstands in the summer of 1990, college sports was not mired in the profit über alles ethos it is today.

ESPN was but a decade old and had not yet cornered the market in collegiate football, basketball and baseball. Nor in minor sports, which with the advent of ESPNU, are now in the stranglehold of the beast from Bristol, Conn., home of the sports network.

The rah rah sis boom bah, win one for the ol’ alma mater attitude had died years before with the Gipper and Rudy Vallee. The once-legit concept of “student-athlete” — at least in major sports — had become delusion.

Not every school that eked out wins over East Nevada Tech and South Dakota A&P found a spot in a bowl game named for some upstart Silicon Valley venture. Schools that didn’t make it into the NCAA basketball tournament accepted without squawking that an 18-14 record was not post season-worthy.

The difference between University of Louisville sports then and now is just as great in some respects. Just the same as it ever was in others.

At the time, there was no women’s lacrosse at U of L, a sport that now has it’s own dedicated stadium. Nor women’s softball, which now has its own bucolic diamond. Nor women’s golf. Nor women’s rowing.

What is now a state-of-the-art athletic complex that has hosted national and conference championships was then a gravel parking lot near I-65.

Cardinal baseball — which also has its own new ballyard — was an afterthought. With a College World Series appearance now on its résumé, U of L baseball is becoming a national power.

The summer of 1990 marked the halfway point of Howard Schnellenberger’s regime as coach of Cardinal football. Hired before the 1985 schedule, the first five seasons for the former national title coach at Miami were up and down as he attempted to reinvent U of L football. Playing in ramshackle Fairgrounds Stadium, his squads suffered through three desultory seasons before going 8-3 in 1988 but without a bowl appearance. They fell to 6-5 the following year.

The Cardinals reached unprecedented heights the fall after LEO was born, tying their opener to San Jose State, losing at Southern Miss, but winning 10, including an improbable and resounding 34-7, New Year’s Day victory over Alabama in the Fiesta Bowl.

During Schnellenberger’s tenure, Louisville remained staunchly independent at a time when conference affiliation was becoming increasingly imperative. In fact, the coach cited U of L’s nascent affiliation with Conference USA as one of the reasons he jumped ship before the Cards collided

with the national title he promised. As well as before completion of Papa John’s Stadium, for which he was the prime mover.

Louisville football has been a roller coaster ride ever since.

The ’89-’90 season ended 27-9 but with a disheartening loss to Ball State in the second round of the NCAA Tournament. It was the type of opponent to which Hall of Famer Denny Crum’s teams rarely lost. U of L was the team of the ’80s in college basketball. National championships were won in ’80 and ’86, with two other Final Four appearances.

It all changed during the ’90-’91 season. The Cards went 14-16, the school’s first losing campaign in a half century. Only one time after that did a Crum-coached Cardinal team make it as far as the Elite Eight. Crum resigned during a contentious scenario with Athletic Director Tom Jurich after a horrendous 12-19 record in 2000-2001.

Louisville ended its Final Four drought in 2005 under Coach Rick Pitino. Last season, the school’s final stint in Freedom Hall, ended with a resounding defeat to California in the first round of the NCAA tournament.

U of L football, hoping for yet another refurbishment, will open next season with a new coach, Charlie Strong, in an expanded stadium.

U of L basketball will open next season in a new downtown arena against national runner-up Butler. Most longtime season ticket holders are feeling left behind by the athletic department’s money-over-loyalty policy that is governing the current seat selection process for the new facility.

The stench of upcoming major conference realignment is in the air. The demise of the Big East may be a reality sooner than later. The University of Louisville, not an obvious fit in the SEC, Big 10, ACC or Big 12, might be an odd school out.

For all the successes and expansion of the last score of years, Cardinal athletics remain in a state of flux today, just as they were in 1990.