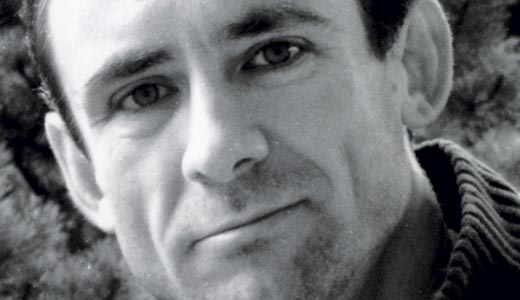 Stop right there. I know what you’re thinking: LEO is reviewing another Chuck Palahniuk book. Surprise, surprise. They’ll be snarky, but they’ll like it overall. Well here’s the real surprise, buckaroo: It isn’t that great.

What? Yes, Chuck’s newest novel jumps genre (like his last five) in an attempt to maintain freshness, but instead, America’s reading public has ended up with another bag of Chuck’s ’90s tricks wrapped around some new subject matter. So what is that new genre this time around? Nothing terribly relevant, just old-school Hollywood and noir-style intrigue.

Sure, it’s fun, but it is far from the most fun thing he’s done. The story is told from the perspective of the woman behind the star — the personal assistant who has all the real ideas and control over the star’s image. This woman is aiming to get famous herself by writing a tell-all book after the star dies (from whatever nefarious cause), cementing her legacy and forever changing the star’s life story.

It is an interesting take on the narrative of fame and who or what it is that has the ultimate control over that narrative in the public’s consciousness (interesting especially in light of Michael Jackson’s death and the ensuing vacuous life story books still coming out). But instead of offering insights past that point, Chuck seems to get caught up in the kitsch of pulp murder and the glamorous namedropping of Hollywood’s heyday, making for a lot of filler to fluff up what could have been more engaging as a short story or novella.

Of course, his penchant for rattling off long lists of things as a literary device stands strong here. Every chapter contains at least 30 bolded names of Hollywood stars, some made up and some real, along with relevant facts about them and how it ties into the simple storyline. All of this feels so terribly off-the-cuff for Chuck that it makes the read all the more mundane. When I read “Snuff,” his thinnest volume, I expected this kind of work and instead was rewarded with twice the content of a normal Chuck book. Here, I expected a novel and instead got an elongated short story.

Chuck seems to have scrubbed himself clean of the quality that could have caused him to stick around in the literary world as the voice of Generation X. When he kept up his speed, maintaining a steady flow of about a book a year, it seemed as though he was going for broke — aiming for the title of prolific like Prince and Lil’ Wayne. Instead, he has ended up with a sort of mundane effect — boredom through barrage, churning out so much of the same that it all becomes irrelevant and lumped together.

Whereas he could have ended up as a cultural icon, Chuck is quickly burying himself in the book aisle of a drug store. It’s not just me, Chuck, listen to your fans here: Slow the hell down and quit relying on your literary crutches. Save your work before it’s too late, and stop worrying about churning out work after work. Rather, take a couple years and reward us for keeping up with you next time by writing something that actually challenges you — and us.