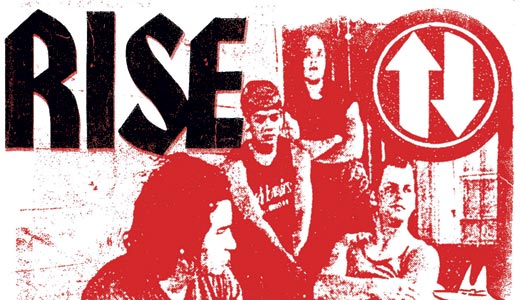 Its self-titled album on Caroline thrust the band into the spotlight only to have them reject it, but that hardly matters to diehards. First Kinghorse shows rank up there with first dates, birthdays and wedding engagements.

Abromavage’s riffs make later hardcore bands monochromatic. Locked in with Bucayu’s reggae-punk low end and Brownstein’s bull-meets-china-shop stomp, they built a burning bed for Garrison’s articulations on rage, disaffection and better living. Their 1994 reunion, on the heels of a Slamdek rarities collection and with Jerry Cunningham filling in for Bucayu, was like hearing an old friend’s distress call, this time unencumbered by Glenn Danzig’s name in insulting, 120 million-point type.

The 17 bands on Rise, a Kinghorse covers CD compilation, which Louisville Lip releases Friday, sound nothing like the hallowed group, and that’s precisely what makes it great. “The diversity of the bands on the compilation speaks volumes,” says Louisville Lip founder Shawn Severs. “They set the standard in a lot of ways lyrically. I don’t think anybody’s touched it yet.”

Five-hundred limited-edition CDs have been pressed, mastered by Chris Owens and designed by Stan Doll. The CD will not be available for sale at ear X-tacy (www.earx-tacy.com) until after the Endpoint reunion shows.’

Music ’Cast
Several Hundred People celebrate the release of their self-titled CD with shows at The Rudyard Kipling and Hideaway Saloon this weekend. Listen at Bluegrass Catastrophe, bluecat.leoweekly.com.