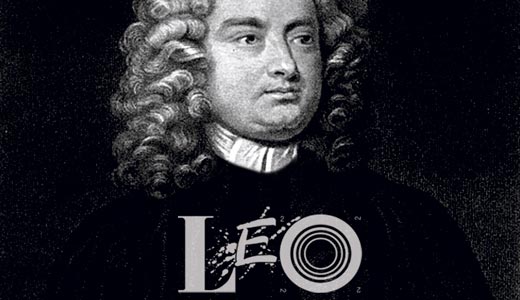 It is a melancholy object to those who walk around through this great town, when they see the streetboxes, racks and other dispensaries overflowing with this publication quietly accumulating like the dust on an ancient lampshade.

I think it is generally agreed by all parties that we, as a city and society, have failed to be good tenders of the information we have been given. Look to the Gulf Coast for a clue: Millions of gallons of raw oil flow into one of the most pristine accompaniments of ocean and land this country knows.

Meanwhile, we have operated all this time knowing full well the implications of such an occurrence as this spill. This country’s bugling hustler — the reporter — has been on the case, warning of one such danger or another and, quite regrettably, generating an ever-dampened public reaction.

As the oil flows, I offer a humble consideration on the 20th anniversary of this River City’s most important publication, an echo of its heart, a mirror to its soul, and home to a history of proud buglers.

We may be hard-pressed, as a city and society, to come up with a response to this disaster that will also sufficiently mitigate future disasters. In fact, people in this city may wonder whether this reckoning should have any effect on them.

I submit that it will, and it will be brutal, shocking and downright ornery. It is precisely why a long-term response must be given ample thought. That is why I suggest the following.

We gather from the streetboxes, racks and other dispensaries every copy of this publication, as it has become rather obvious their diminished value from essential to novel. We take this paper — some slick, some newsprint — and bind it together in a firm, rigid mass that we ship to the Gulf Coast.

Once it arrives, we fire the mass into the spewing oil-hole, employing the force of a thousand cannons so it lodges squarely, obscuring the egress.

The secondary action is both more complicated and invaluable to long-term mitigation. It involves diversifying fuel resources so reliance on oil is no longer primary.

We must, on a weekly basis, take these pages into a large holding facility, convert them into smaller, imminently flammable mounds, and sell them to those with automobiles capable of harnessing the energy from small fires and employing it as fuel.

For this we will no doubt have the blessing of the publishing industry, which has moved from the penthouse of a once-honorable elite to the brothels of the morally bankrupt. It is an industry that has found itself on the wrong side of usefulness, but I am confident its descent will be interrupted by this modest proposal.

Such farce has always existed on the edges of society, marked in its dog-eared pages rather than on its homepages, and likely with good reason, for it at once serves to enlighten and eviscerate those in need rather than to simply inform. And there is, of course, room for both to co-exist.

I have written for this publication in some form or another since 2005. Since then, it has served as a training ground and a battleground. But mostly I have attempted to first be its servant and then its tender, a happy interloper to the legacy John Yarmuth began to create in 1990, for the purpose of what you hold in your hands (and read on your screens, no doubt) far exceeds anything to which an individual could aspire.

The publishing industry as a whole is a dumb, brutish and lost animal, humping profit over quality, money over news. The mainstream is, at this moment, an unctuous mash of consumer-driven hedonistic bullshit that — inadvertently or not — pre-empts most people’s interest in true understanding.

Given that context, many have wondered whether the alternative press has outgrown its usefulness.

Any good journalist will tell you the outside edge of normal society is the place to find the real story. It always has been. LEO Weekly has served this master like nothing else in this city. For 20 years, this publication has found a way to tell a different story of Louisville — to expose its seams of corruption, to empower its afflicted, to reveal its creative layers, and to entertain with something you will not find anywhere else.

We are too often and too easily given to offer up the echoes of our hearts, the mirrors to our souls and all of our distinctive histories to the immediate satisfaction of a particular urge. We should seek context, appreciate greater understanding, and know the value in it.

Though I no longer live in Louisville, it is my hometown. I shudder to think how empty it might be without LEO. May that never, ever happen.