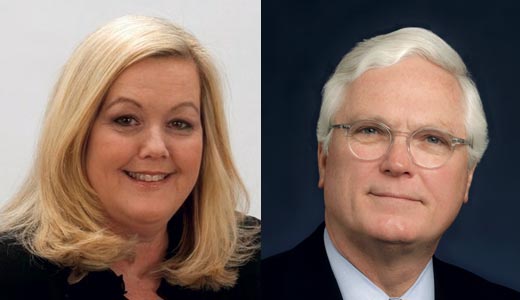 On Jan. 5, attorney Glenda Bradshaw, head of criminal prosecutions for the Jefferson County Attorney’s Office, didn’t expect that before the day ended she would be escorted out of the Hall of Justice by security. The longtime prosecutor, who had served in the county attorney’s office for 16 years, had been fired and was immediately led away from the courthouse.

“I was absolutely shocked. It was just incredibly abrupt,” says Bradshaw. “I wasn’t even able to take any of my personal belongings, which I still don’t have.”

The unceremonious dismissal was the result of a Courier-Journal investigation last spring, which revealed hundreds of criminal cases were dismissed because Metro Police officers were failing to show up to court.

In a two-page termination letter, County Attorney Mike O’Connell, who last year promised serious reforms, wrote that Bradshaw had failed to maintain a tracking system requiring prosecutors to report when cases were dismissed due to an officer’s failure to appear in court.

Believing she was a scapegoat, Bradshaw filed a $600,000 wrongful termination lawsuit against her former boss, claiming O’Connell created a hostile work environment, retaliated against her for being a whistleblower about his abrasive management style, and discriminated against her because she is a woman.

Then, in late January, one hour before the filing deadline, Bradshaw entered the race for county attorney to challenge her former boss in what’s become a heated campaign backed by a high-profile lawsuit.

For the past four months, the Democratic primary between O’Connell and Bradshaw has been an ugly collision of two well-established legal careers. The fight has resulted in both candidates hurling serious accusations at each other through both the media and ongoing litigation.

Whoever comes out the victor will have survived a fierce primary battle, but the acrimonious race could leave the Democratic nominee vulnerable going into the general election; Republican Michael Wilson — a 29-year-old private practice attorney — is running uncontested.

Despite the legal and personal distractions, O’Connell is confident people will pay attention to initiatives he’s supported while in office, like putting more emphasis on the DUI Prosecution Unit and continuing to collect from delinquent parents through the Child Support Division. Citing his “far superior qualifications” as a reason for voters to retain him, he claims the fireworks in the race are Bradshaw’s doing.

“People are smart enough to realize those allegations come from someone who was calculating enough to lose her job, then hire an attorney, and then do media interviews to launch a campaign — all in about 36 hours,” says O’Connell.

Appointed by Mayor Jerry Abramson in August 2008, O’Connell brings a hefty piggybank and dozens of key endorsements into the race, which makes him the favorite among political observers.

Because the titillating legal controversy has dominated the media, there has been little attention paid to the fact that the experienced attorneys have polar opposite positions on important policies that deal with management of the office.

One such difference comes down to two important rules that affect how the county attorney office is run. For instance, Bradshaw believes the county attorney should not solicit employees for campaign contributions. In her lawsuit against O’Connell, she specifically accuses him of pressuring assistants to donate to his election campaign or “fear his wrath.”

“I would not accept donations, period,” she says. “And I wouldn’t hire or promote based on that fact.”

On the contrary, O’Connell says, “I believe it’s voluntary, and people want to give to my campaign. They have a stake obviously in my race. I’m not going to say they cannot contribute.”

Last year, O’Connell also instituted a rule prohibiting employees from running for public office. The decision was criticized as kneecapping qualified candidates seeking higher judicial seats and forcing them to quit if they chose to run.

When asked to weigh in on the matter, Bradshaw says she would likely overturn the regulation, but then backpedals slightly by indicating she would first have to further examine the policy.

And although the pending lawsuit has made headlines, Bradshaw says she hopes voters are focusing on the issues and not tuning out the race because of the negatives surrounding it.

“I’m running because I’ve always loved being a prosecutor, particularly working with crime victims,” says Bradshaw. “And when that opportunity was taken away from me, I felt like I still had a lot to offer. I still have the passion to do the job.”