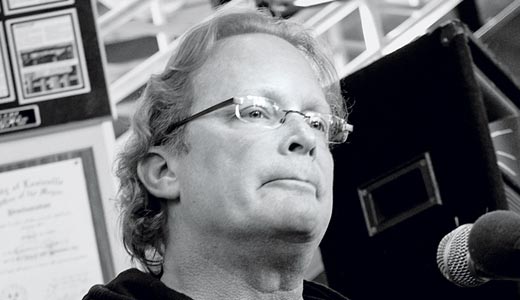 Forgive me if my recollection of the past 20 years is not the same as yours, LEO.

My name is ear X-tacy, and I’m five years older than you, kid! When you were born, I lived elsewhere on Bardstown Road, where Highland Coffee thrives now. It was a great place, 1,800 square feet jammed full of CDs, cassettes and a bit of vinyl as well. The music scene thrived with hardcore, punk, rock and a bit of bluegrass, filling clubs such as Tewligans — er, Snagilwet — Uncle Pleasant’s, the ever-popular Rudyard Kipling and later Headliners Music Hall, to name just a few.

Sadly, Tewligans left us, but thankfully, they took that sticky “carpet” or whatever was covering the floor with them, and the space became known as Cahoots. More venues to open and close since 1990: Zodiac, the Machine, Mercury Paw and the Brewery Thunderdome. I’m sure the sound from some concerts is still bouncing around that place.

There sure seemed to be more all-ages clubs and shows back then. Perhaps the kids today don’t care about music or the “scene”?

Same as it always was: It’s alive and thriving in its own way. Big music events? Well, there was this thing called Krazy Fest that was huge. It’s gone now, but we have the Forecastle Fest, which is just as grand, and since Churchill Downs can’t seem to get slot machines just yet, they are bringing the more “mainstream” HullabaLou three-day event this summer.

Local record labels came and went, or came and stayed. We have or once had Slamdek, Initial, Self-Destruct, Noise Pollution and even one called ear X-tacy. What used to require studio time and huge manufacturing costs is now being done cheaply and easily at home. Again, the more things change, the more they stay the same.

As for radio, a lot can be said about it. As I see it, the only good thing to come of it was the Public Radio Partnership and especially WFPK for the music side of it. Finally Louisville artists were played in regular rotation, instead of some obscure late-night “hour” of “local” music. Let’s not forget the bands that helped put Louisville on the map, so to speak.

Our “scene” produced such nationally recognized treasures as Slint, Will Oldham/Palace/Bonnie “Prince” Billy, Love Jones, Rachel’s, as well as My Morning Jacket. While the groundwork for these artists was laid before them by other Louisville musicians, you can be sure there will be more artists from our hometown to reach national, if not international, status in the future.

John Timmons is the founder and owner of ear X-tacy Records.