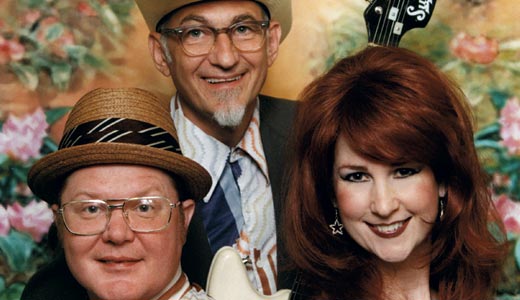 Southern Culture on the Skids take over Headliners Derby Eve.

For every dollar New York and New Jersey thrash metal bands earn, a percentage should go direct deposit to Bobby “Blitz” Ellsworth and D.D. Verni. In February, the founders of Overkill, along with Derek “The Skull” Tailer, Dave Linsk and new drummer Ron Lipnicki, celebrated their 25th anniversary with the release of Ironbound, their 16th studio album. Its consistency-first approach keeps the fanbase loyal: One flew from Australia to catch them in Vegas (only to find out the show had been canceled). God Dethroned, Warbringer, Evile and Woe Of Tyrants round out a bill louder than any pounding hoof.

A singer in church and school productions since age 5, Sean Booker, aka Sean 1, is hoping to build momentum Thursday for his latest single, “She Can Get It.” In 2006, he won a songwriting contest and performed at the Palms Casino Resort in Las Vegas, and BET featured his cuts in two films, “Change The Game” and “Winner Take All.” He self-released Definitions in 2007, but after no label interest materialized, Booker co-founded Self Made Millionaire Entertainment. In March, he dropped a single by the same name featuring Big Doe.

Why hasn’t somebody used the name “Devil Eyes” for a horse yet?

SXSEnd alums and psychobilly rock trio Parlor Tricks return to the Dive, this time bringing along Shaky Deville as they rev up for three shows next month with The Bermondsey Joyriders. Led by Gary “Guitar” Lammin, The Joyriders maintain the ’70s ethos that made British punk so vital.

Unfortunately, post-grunge won’t collapse anytime soon thanks to Puddle of Mudd’s Wes Scantlin. But if reliving 1997 is your thing, add this to your iCal. Corydon pop rock trio The Delicate open. Their track “Green Lights” is up now at www.myspace.com/thedelicate.