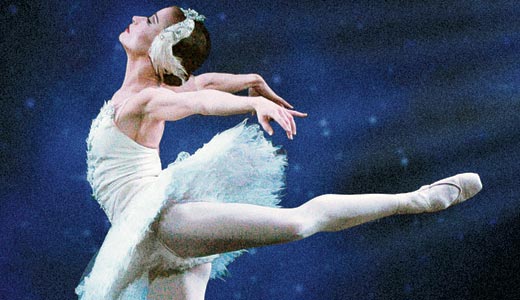 The Louisville Ballet is ending its season with the time-honored crowd-pleaser “Swan Lake.” Tchaikovsky’s romantic music and tragic story quickly wrap you up in a wondrous magical world. As a result, ballet companies want to stage it, ballerinas want to dance it, and people want to see it.

Odette is a princess who is cursed to live her life as a swan by day and human by night. She is the Swan Queen, leader of a group of women also under the same sorcerer’s spell. It can only be broken if someone falls in love with Odette and pledges eternal faithfulness. If the love is false, Odette and her companions will remain swans forever.

Along comes Prince Siegfried, a somewhat aimless young man told by his mother that he must soon marry. He would rather be out hunting with friends, which is exactly what he’s doing when he sees Odette change from a swan to a woman. Naturally, he falls in love at first sight, demanding to know her story. When she tells him she is under a magical spell, he exclaims he will love her forever. He’s ready to take her home to meet his mom and announce their betrothal.

But like Cinderella, Odette has a deadline. She transforms back into a swan, promising to return.

Siegfried awaits Odette’s appearance at his birthday bash the next evening. He believes she has arrived, but it is actually Odile, the sorcerer’s daughter disguised to look like Odette. Siegfried, none the wiser, vows his love to Odile, thus breaking his promise of eternal love to Odette. Odette had tried to warn him of the deception to no avail. Now Odette, brokenhearted, knows she is cursed to be a swan forever. Or is she?

The Louisville Ballet has their hands full with a story as magical as this. But they have risen to the occasion, with new choreography by artistic director Bruce Simpson and scenery and costumes by Peter Cazalet.

“Swan Lake” has juicy parts for women, but only accomplished dancers need apply, Simpson says. The same ballerina usually plays both Odette and Odile. “(The parts are) the most challenging roles for any ballerina … on the one hand, (playing) the poignant and spiritual longing of Odette, balanced by the manipulative, cruelty of Odile.”

Mikelle Bruzina will play Odette/Odile in her final performance as a principal dancer for the Louisville Ballet. She’s been with the company since 1995 and as principal dancer since 2004. But she’s not really going anywhere, except behind the scenes as the company’s newest Ballet Mistress.

Prince Siegfried will be danced by Joseph Nygren Cox. It is also his final performance as a principal, after 13 years with the Louisville Ballet. He plans to focus more on choreography and dance education, two pursuits he has already mastered. He received the Kentucky Arts Council’s Al Smith Fellowship for Choreography in 2009 and is on the faculty of the Kentucky Governor’s School for the Arts.